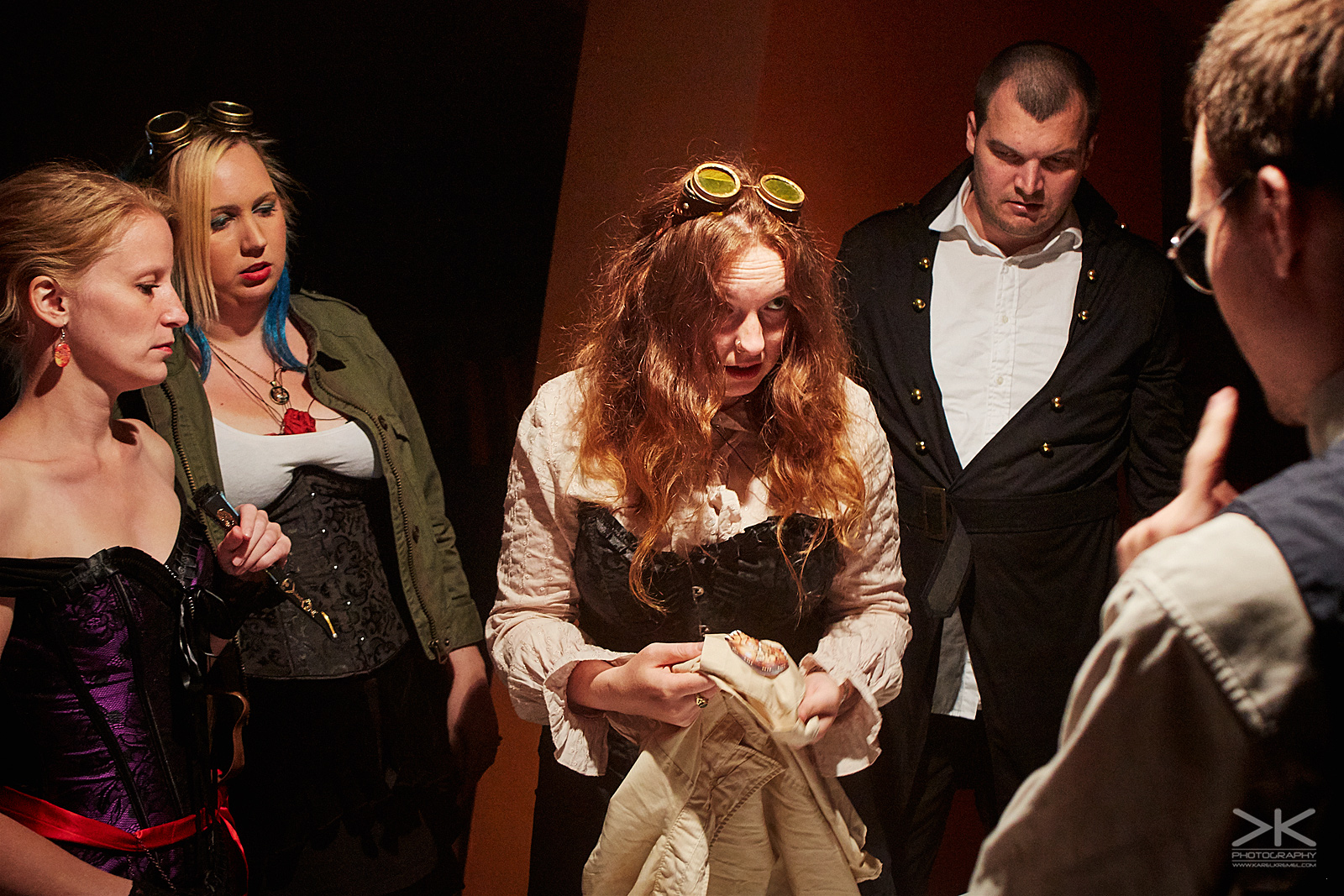 Equilibrium is a steampunk adventure chamber larp, set in Victorian England during the Irish resistance period. Our heroes are meeting at the “Cogwheel” public house. Each of them is from a different environment, with different motivations, but with a shared goal – to get the mysterious Equilibrium.

So much for the official annotation from the HRAJ LARP website, an organization for which I was shooting once again.

I might be a nitpicker, but I don’t like it when the term steampunk is used for any world where steam is the main power source. I don’t understand why it became a generally accepted term for a setting where everything runs on steam. It should be more like dieselpunk or electropunk (these power sources being in minority) … but somehow, in this case, I actually didn’t mind. Nobody cared what’s the power source.

Fun facts: by the generally accepted terminology we live in a steampunk world – both thermal and nuclear power plants (still the majority of the power sources worldwide) are generating electricity through steam.

Unfortunately the Prádelna theater hall is not prepared to light anything outside of the stage, but this game took place mostly in the auditorium and it was also aiming for some noir atmosphere. So there was even less light than usually at chamber larps. Thankfully this game was more about talking than moving and I was able to prolong the exposition times enough to bring at least a couple photographs. 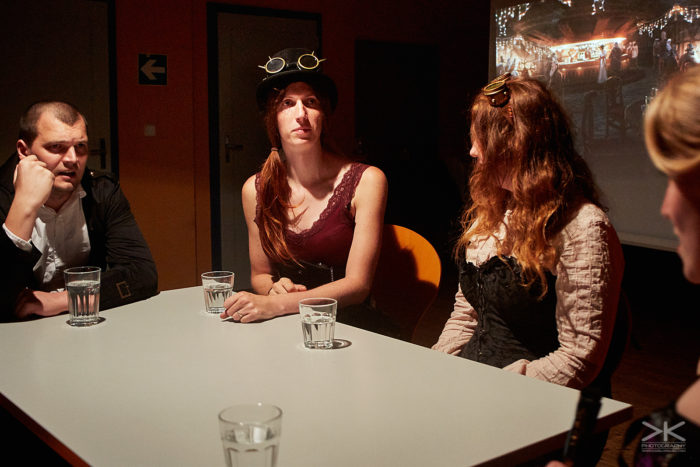 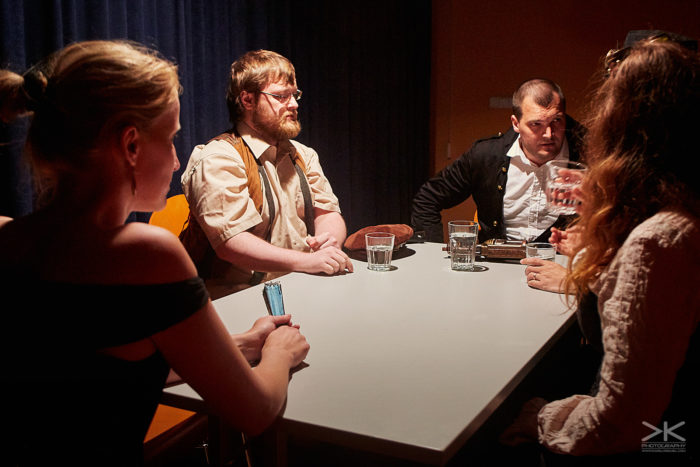 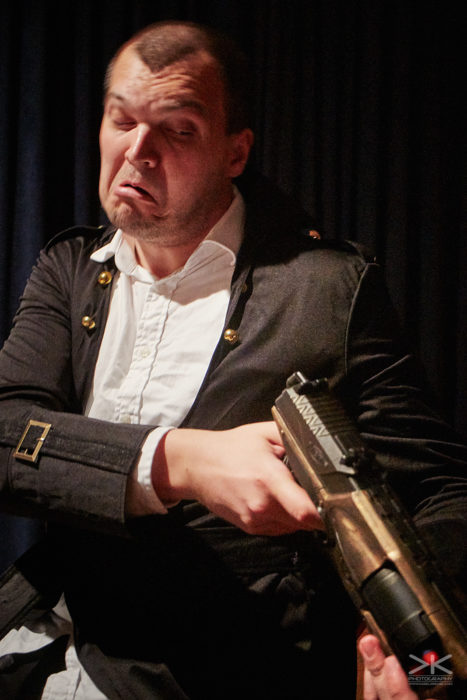 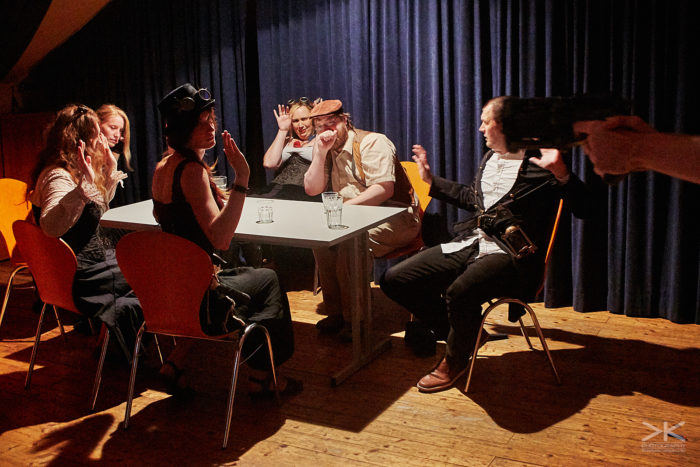 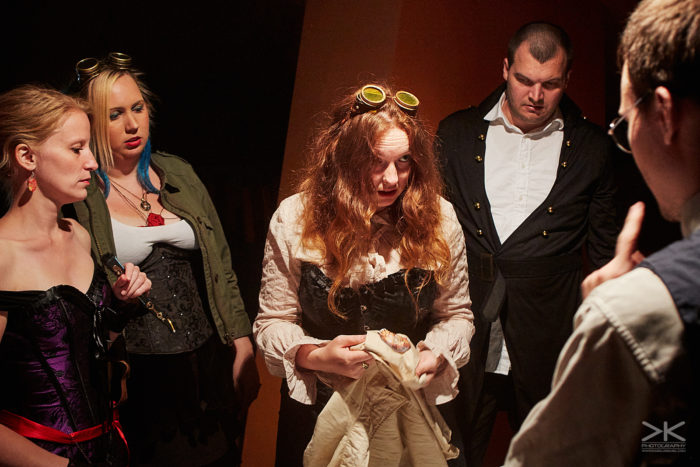 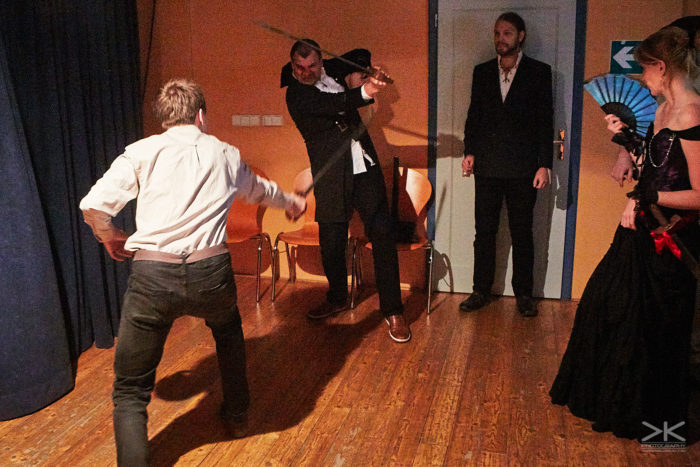 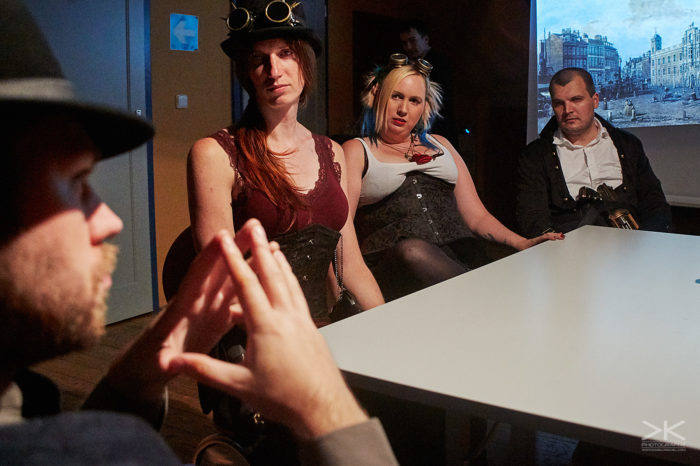 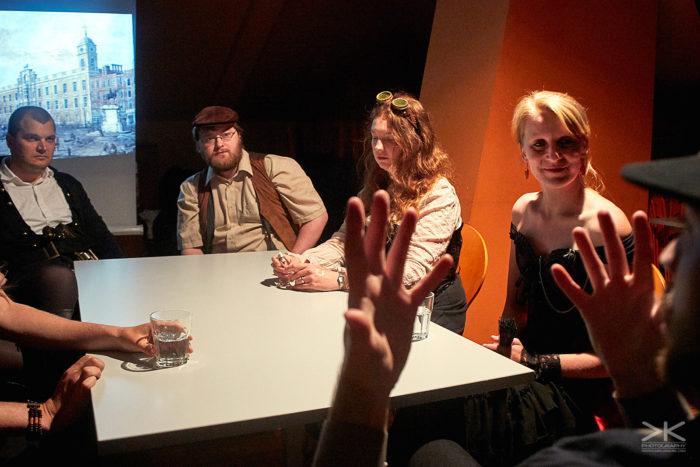 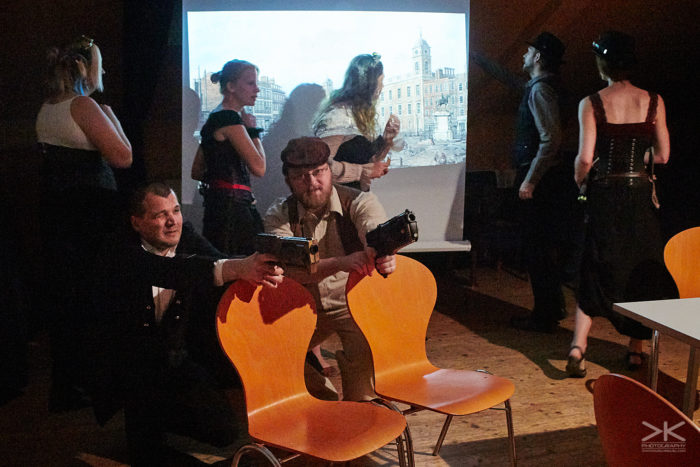 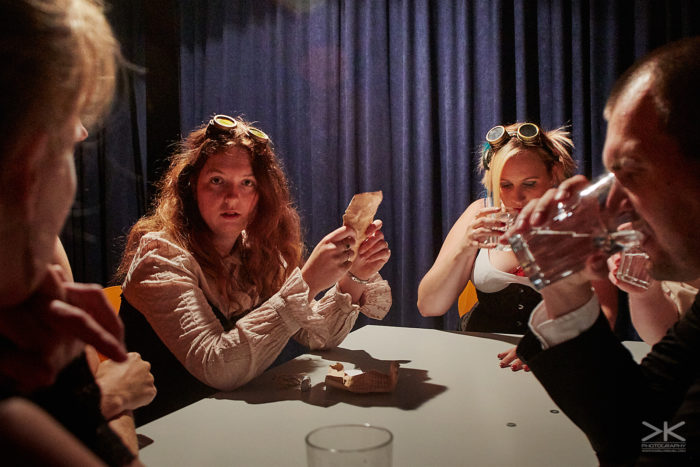 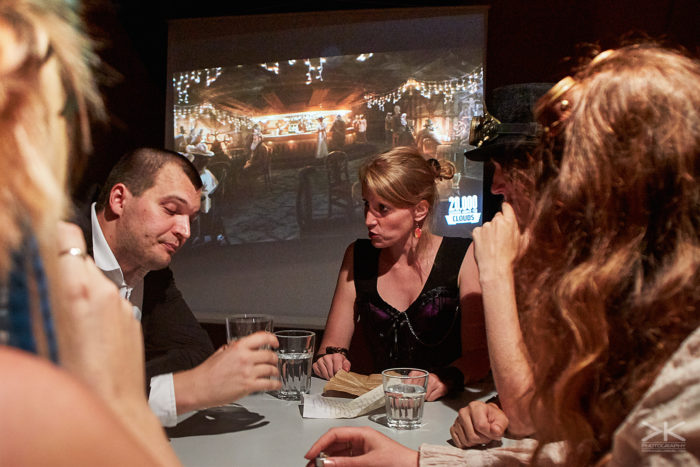 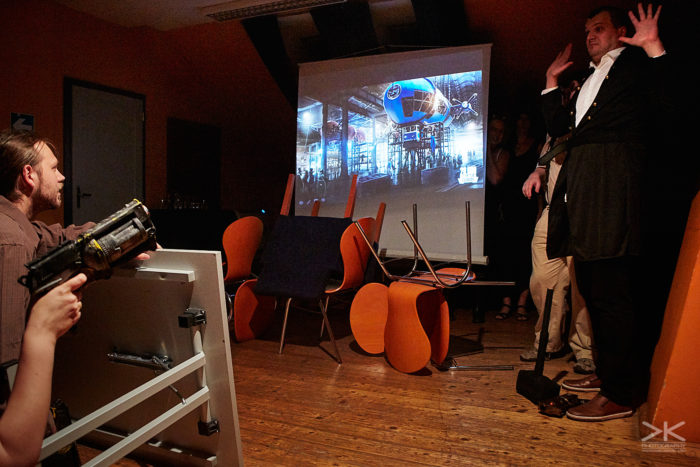 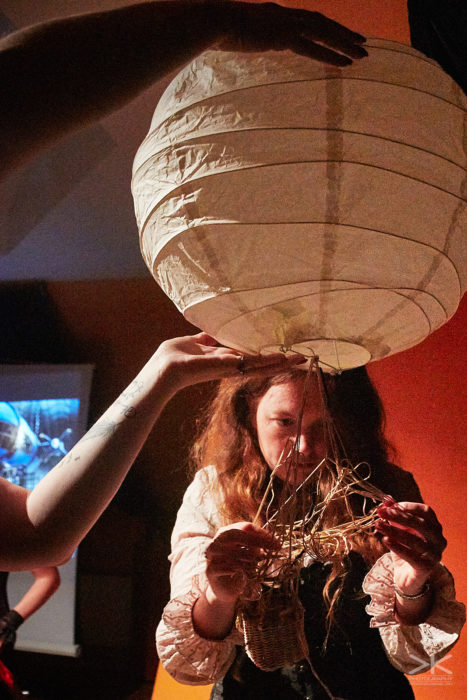 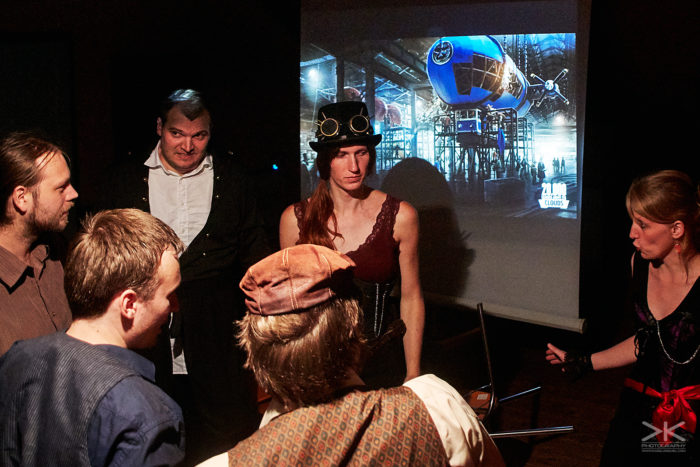