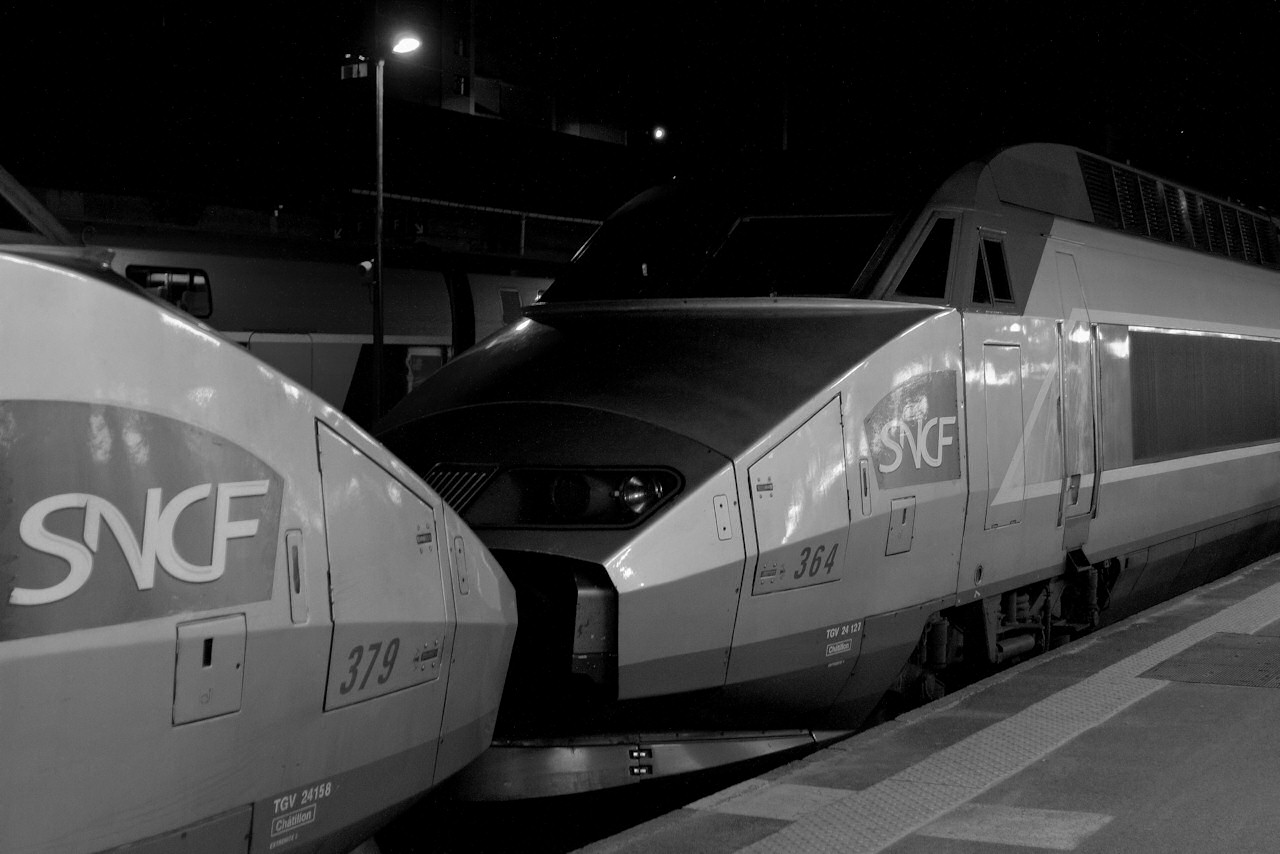 When I was planning my trip to Bretagne, I saw it as a pleasant trip without any hurry. I had absolutely no idea what to expect. I imagined that 70 minutes for the transfer between the airplane and TGV would be a sufficient amount of time. Well, I was warned that according to some Internet forum it is possible, but it is on edge. Well, if it is possible, I can make it, I told to myself. The fact I didn’t take to account is that I can’t speak a word in French and therefore I won’t be able to read any signs.

I flew from the Ruzyně Airport from Prague where I have a friend who works there on the control tower. He promised me that he’d get my plane to the air as soon as possible. And indeed, we landed in Paris 15 minutes in advance, I have no idea if it was thanks to my friend or to the crew. However, the fifteen minutes sightseeing tour around the airport compensated it completely. If it at least wasn’t dark, so that man could see something…

The next phase was the suburban train RER B. I was a little stunned by the fact that ticket machine doesn’t accept paper money, but at least it was possible to pay by card so that I wasn’t held back by getting coins. Now quickly to the platform, one minute to get on. Fine, I made it.

After fifteen stations the time came to change from the train to the Metro. According to my travel plan which I printed from the Internet I would be needing a ticket. So, while I ran to another platform, I was looking where to buy the ticket. Perhaps one of the controllors can give me advice… well if any of them can speak English. After approximately three minutes one of them explained to me, that I can use the ticket from the suburban train.

Now it’s only a couple stations by the Metro, then get to the railway station and find the right TGV. The only thing standing between me and the TGV are the four minutes to it’s departure and my slowness. And how it ended? I made it, ran to the platform, and got on hoping that I’m in the right TGV. But then the door closed and we set off.

It was the right TGV.

Already in the train I was thinking whether it’s better to travel in peace with enough time and waiting on every transfer, or run around like this, hoping I can make it and enjoy the adrenalin.