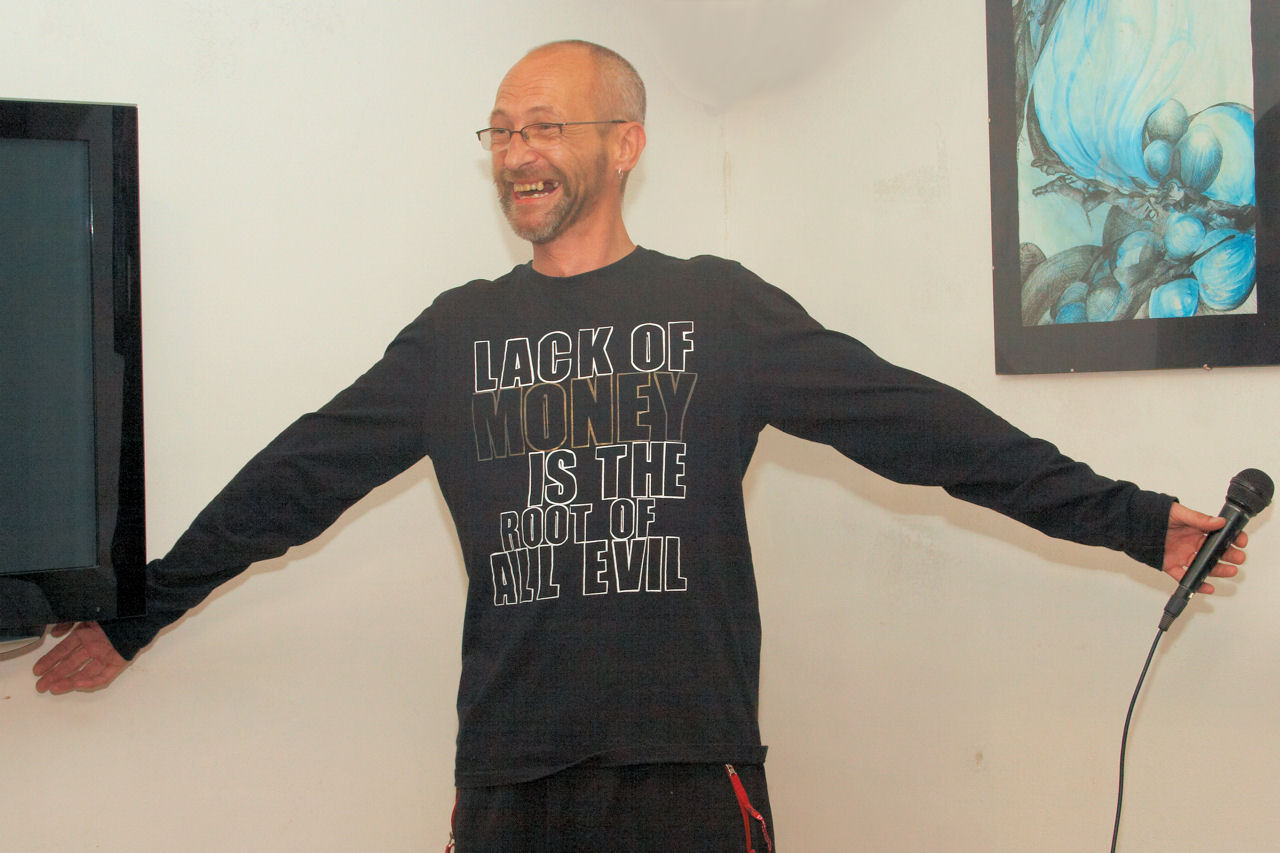 Be aware, this article contains information about a true alien.

Our first stand-up comic in L8club. And he is an alien. Not because of the expressiveness of his face, but thanks to his amazing mind. Be aware of Alex Frackleton, be aware of this alien stage comic. His performance may damage your midsection.

Alex is amazing, beside his comic performance, he is really very friendly and funny. His performance was about an hour long and full of jokes and laughs. After that he drank some beer with his audience and during this time everyone realized that he is not just a stage comic, he is also a fulltime comic.

I’m currently looking forward to his next performance. To catch your attention I’ve put here some photography of Alex Frackleton’s show. 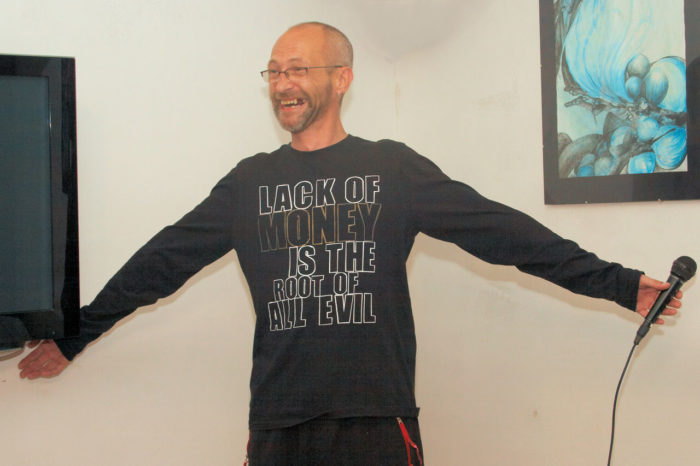 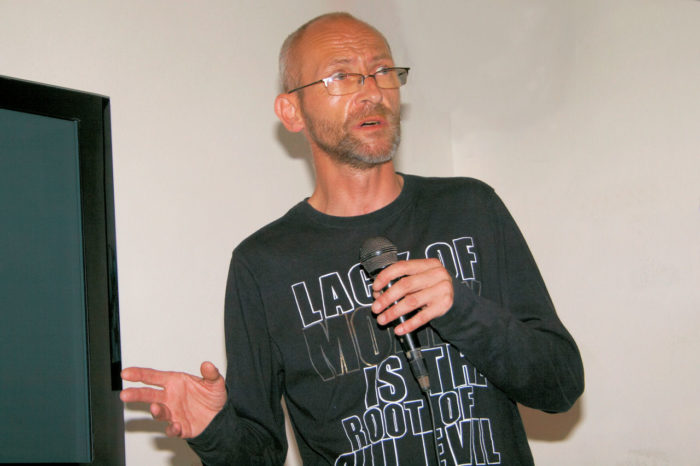 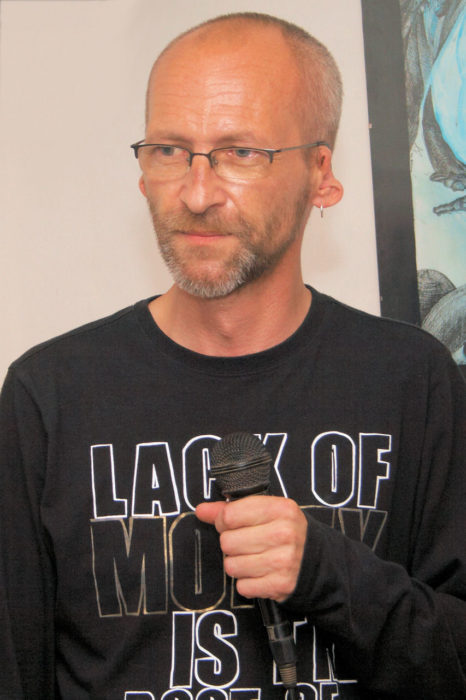 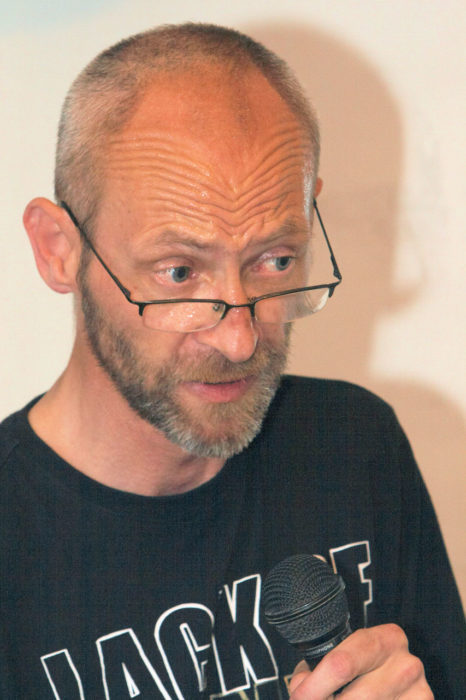 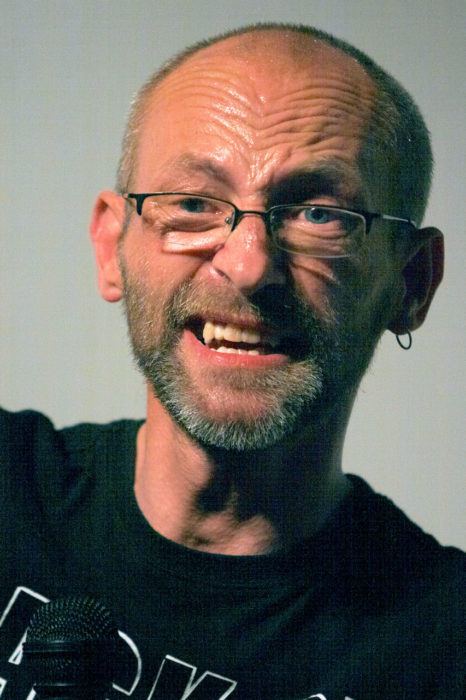 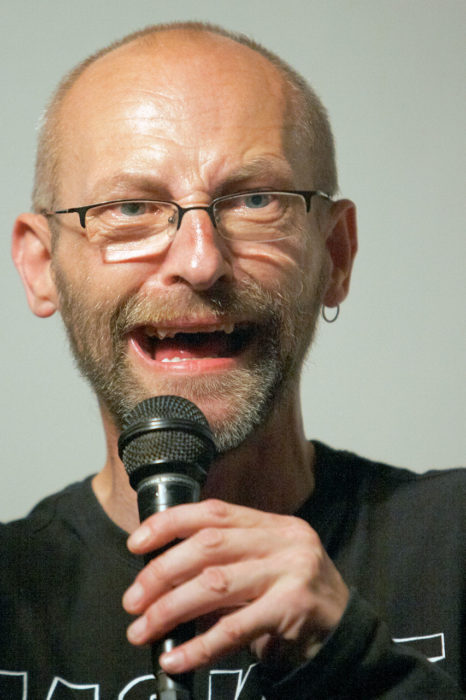 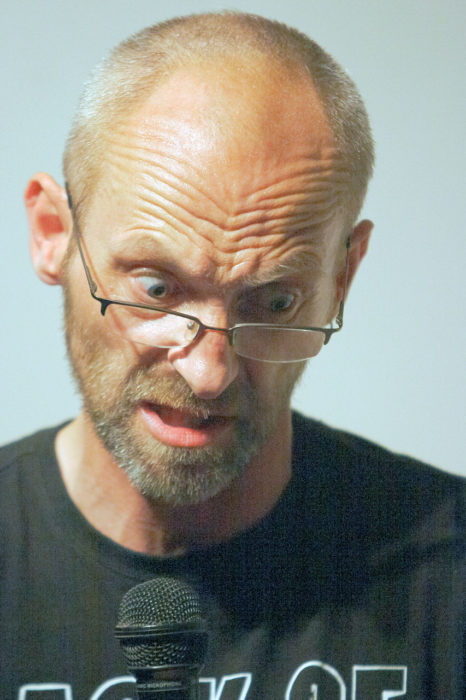 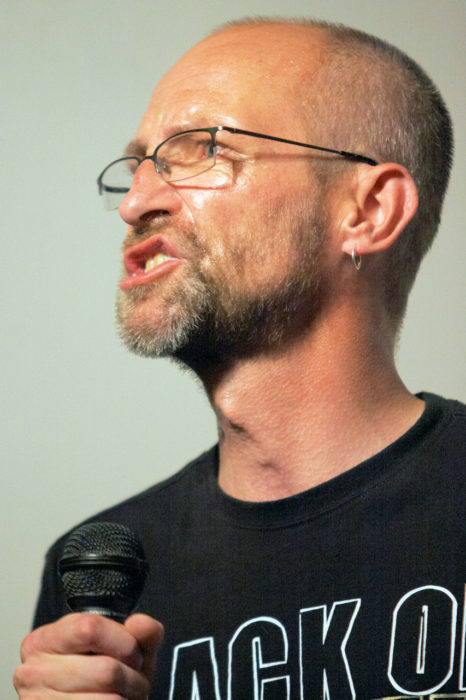 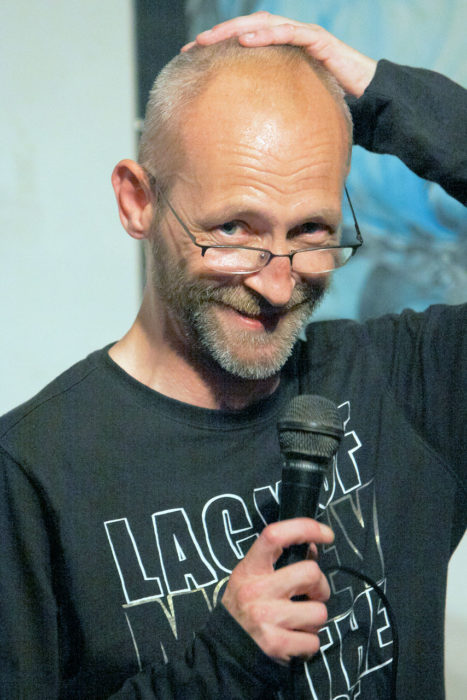 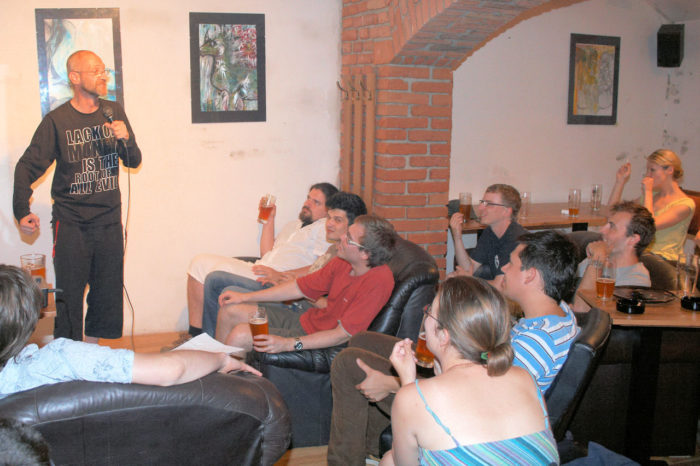 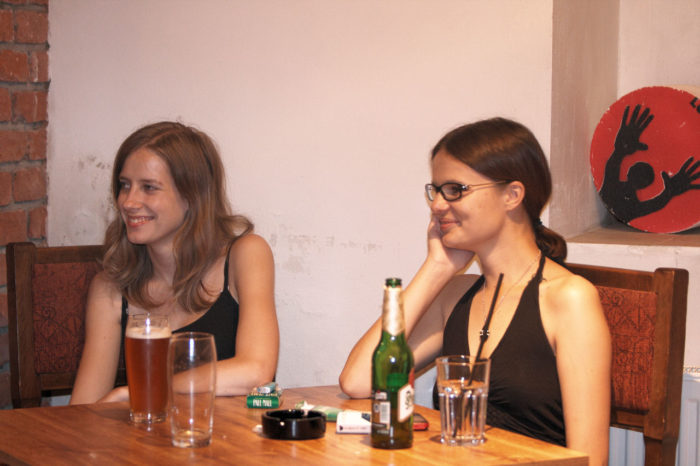 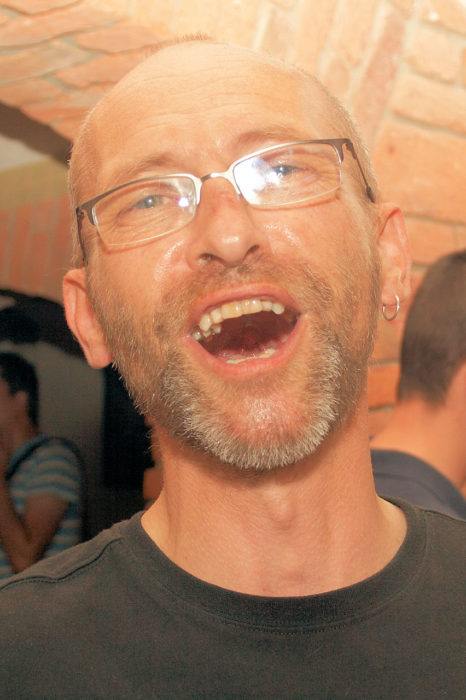