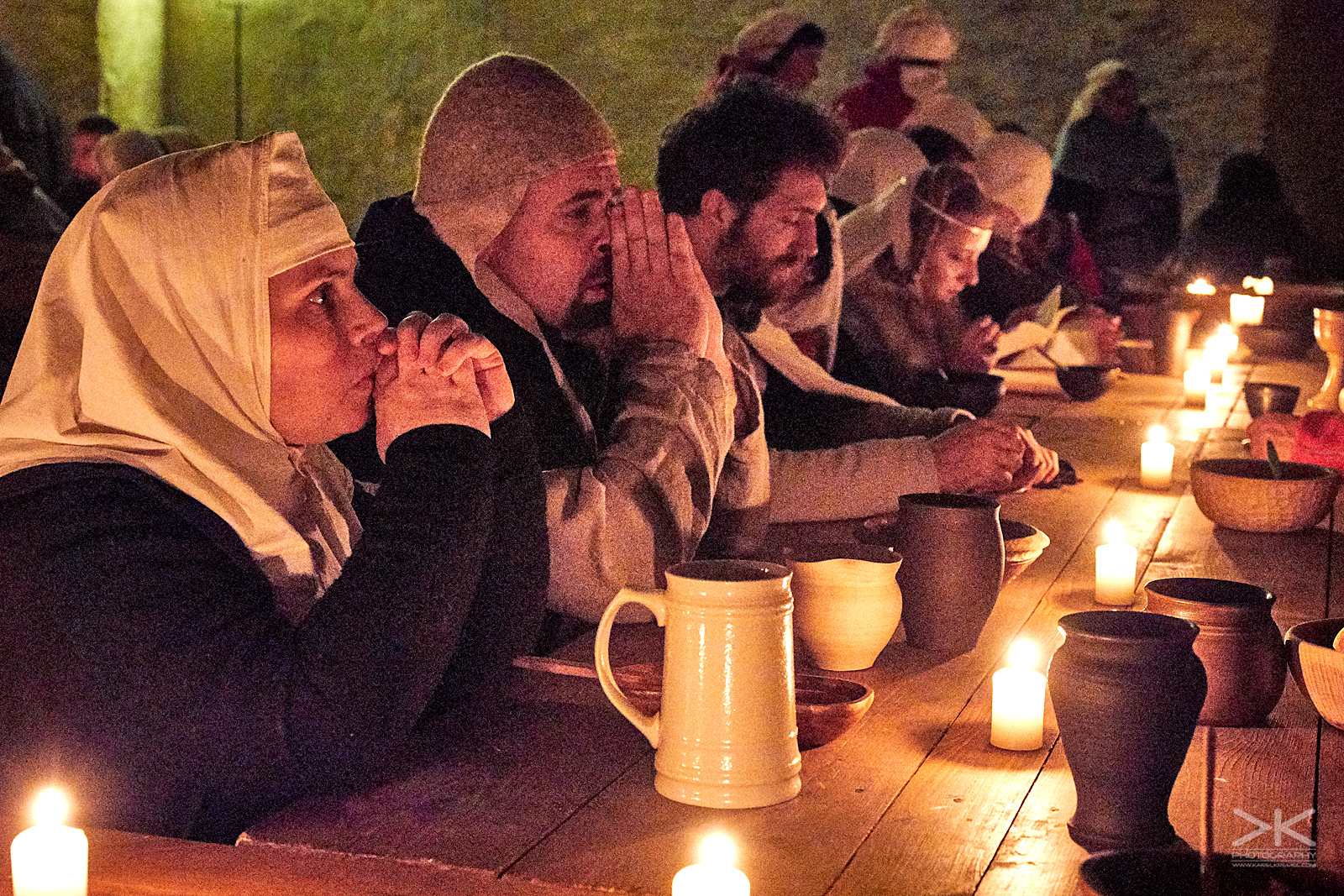 At the time I released the pictures of the spring iteration of Albigenští I had a lot of plans on what to publish here. From all of those plans only the new redesign of this site (Jarda Fišer is responsible for that) and one third of the missing translations to English came to fruition.

But you aren’t here for my promises, but for photographs from the last iteration of Albigenští. I don’t see any reason to write anything about the story, that I didn’t write before. Although I should mention that it was interesting to see the differences between the games. On one side the changes made by players and their approach to their goals and on the other how the NPCs dealt with their roles. For example, the Bishop is totally different when he’s played by a regular priest and a non-priest (and I’m not saying that one of them was better than the other, they were just different).

Another difference happened in the kitchen and with the weather. It wasn’t snowing this time, but there was a lot of cold wind, which made it more complicated to cook on an open fire,but we managed. I myself spent a few hours helping in the kitchen, while the other two photographers on the game were taking pictures – so I’m pretty sure I wasn’t missed, and players appreciated that they had their food warm and on time.

I must admit that the shooting itself was a challenge – one of the reasons is that I have a new camera that I’m not used to. When I visited this game last time I was trying a friend’s Fuji X-T2 and I was astonished by its capability – it gave me a good reason to change from Canon to Fuji. So, I’ve bought the Fuji X-H1 a few months ago and I’m still learning to use it properly, while also trying to understand what it can do.

It’s possible that I’m publishing some pictures, that I should have thrown away – they are grainy as hell – but I’m leaving them here just because I need a proof of what the camera can do. For example, the dark tomb with just one candle is hard on my eyes, but the camera was still able to get the picture. Yes, it’s a little bit extreme to take pictures with the ISO 51200 sensitivity, or with exposures as long as one third of a second without any tripod or support – but we managed. Sure, I will get used to it with time, let’s say ten thousand pictures (I’m at three now).

The change of the camera brand also means some change in colors. I’m not a pro when it comes to Photoshop, so I’m not able to compensate for that and make the pictures look like the ones from the old camera. Maybe I will learn with time, maybe not.