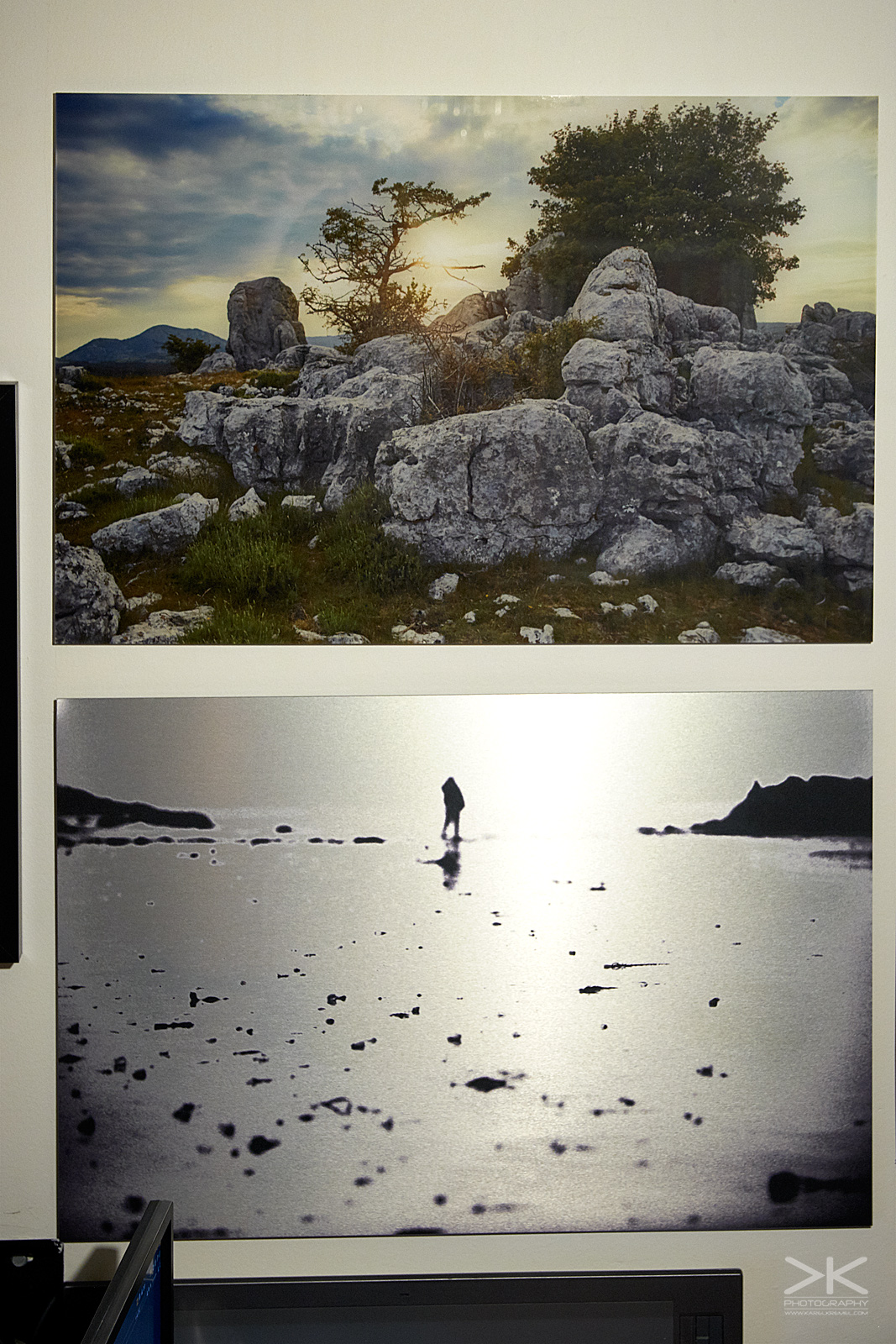 This will be a different type of post. It didn’t start with me taking pictures; it started with an advertisement. Facebook was offering me a photo painting for review. My first idea was that I would get a nice gift for someone; the second was that I’d find a new manufacturer of large prints that I could use.

OK, I said to myself and reacted to the advert. On the next day I got a 1400 CZK code in my mailbox. It was time to find out how to deliver the file to them – sure, it would be over the Internet, but in what format etc.… I found out there are two options – through a Windows app and via their website. I spent more than an hour tryingthe app, but eventually I gave it up and went to web – it was easier.

I chose an Alu-Dibond Butlerfinish finish of a beach picture from St. Malo, which I’d made on my first visit to Brittany. 50x75cm seemed like the right size – all the details would be visible enough. Using the code meant I only needed to pay 100 CZK extra. It was more at the end, because I wanted some hanging support to be included and transport – but I’d already decided, so what.

Now I just needed to wait for the package to arrive from Germany and write a review – well that was my plan in the middle of November.

A few days later I unpacked a large package that arrived to the office, but… But the picture inside was damaged; it had two damaged edges. Now I started to wonder how the manufacturer would deal with it. So I got into contact with customer support and found out that even though they had a Czech website, their support didn’t understand Czech; no problem with English though. I was asking how to return the damaged image and get a new one. In reply they apologized for the problem, told me that I deserved a perfect delivery and they would just send a new picture.

However, the situation repeated itself. This time the picture was bent all across. And again, bent and bumped. The next time they asked me for a picture with all the damaged photographs at once. So I got a fourth piece, but again – either the German or Czech delivery company didn’t care about the package and were throwing it around so much that even three layers of corrugated cardboard on each side weren’t enough. The aluminum plate inside was just too soft for it.

I was on the verge of crying. As my last resolve, we made a deal, that I would make a new order for a picture from some harder material and hope. I selected acrylic glass of the same size – this time a picture from the French Alps where I was on a business trip years ago. Acrylic glass is more expensive than aluminum, so I was forced to pay more money – but it was worth it.

Both pictures look great. Sure, one is slightly damaged – but in my home that’s not as big a problem as if I was an exhibition or sale. There’s more contrast than in the original negative (and scan), but that’s how prints on aluminum look. But the acrylic glass – it’s just perfect, and when the sun shines from the side, it feels so real, I can almost hear the sheep who lived around.

In the end I must admit that even with all the problems on delivery, I’m still pretty happy with Sall Digital. I wanted to print some new photographs for my wall, but these… they’re much better than just a photograph. Plus the support and their need to deliver a perfect product; well this wasn’t the last time I’ve ordered from them.