The last battle of Libušín 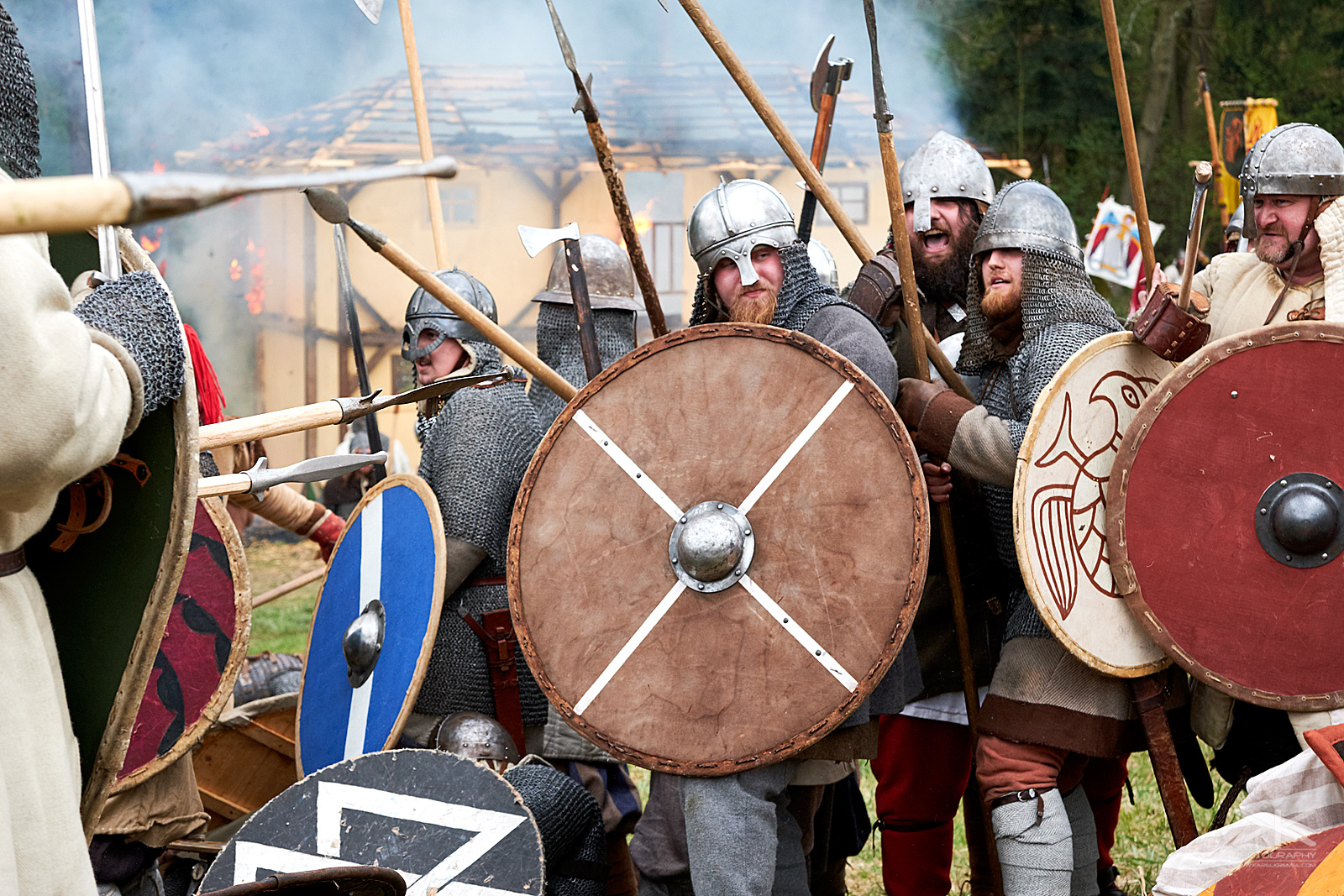 However, all traditions will reach their end one day, and this time it was the historical festival that is the Libušín Battle. The one that marked the beginning of so many reenactment and historical battle seasons. The organizers lost the space for the historical camp and the parking– the village is growing and they need it for themselves.

Nevertheless, I’ve heard some rumors about plans for the future (probably 24-26th April 2020), but no details about the event or place, only something about smaller size of the event. The fact that this was the last Libušín made a lot of people arrive; never have I seen so many participants – there was over seven hundred and fifty fighters.

I must admit I didn’t have time for the whole weekend, so I wasn’t there all the time, as I usually did in the past, but I did what I could. I even managed to be there and awake for the morning rehearsal – which is something I’d managed only twice before. I met a lot of friends while browsing through the camp, but not as many as if I had stayed there for the Saturday evening and night. Technically I also missed parts of the program like the free battles, but there was no way for me to stay there for longer.

The first of the two battle scenes was more of a prequel for the main battle – it was about a conflict between neighbors over resources (slaves from the attackers’ point of view). The second part, which was much bigger was about taking the settlement back. However, in the end the lands were so soaked with the blood of the victims that the winners decided to leave the place and settle somewhere else.

The weather was great, it had been raining in the night and it wasn’t too hot, nor did we need to wade in mud – like a few times in the past.

The final word about Libušín is: I’m glad that I was part of the history, I enjoyed all my visits there and I will miss them.

I admit that I’m not as active as I was before, not as a photographer. I’ve been spending less time taking pictures, and I’ve published even less of them. Well there are other activities I’m doing and that are more important for me.

At the same time I should mention that this was the first time I used my new (year old) camera at a historical battle event and I’m once again nicely surprised by what the camera can do. I kind of believe that any improvement you can see is caused by the camera and not my skills, because I didn’t put any effort into improving my photography skills.

So even though I used to tell everyone that it’s not about the camera, but about the photographer – I must admit that the camera has a significant influence on the result.