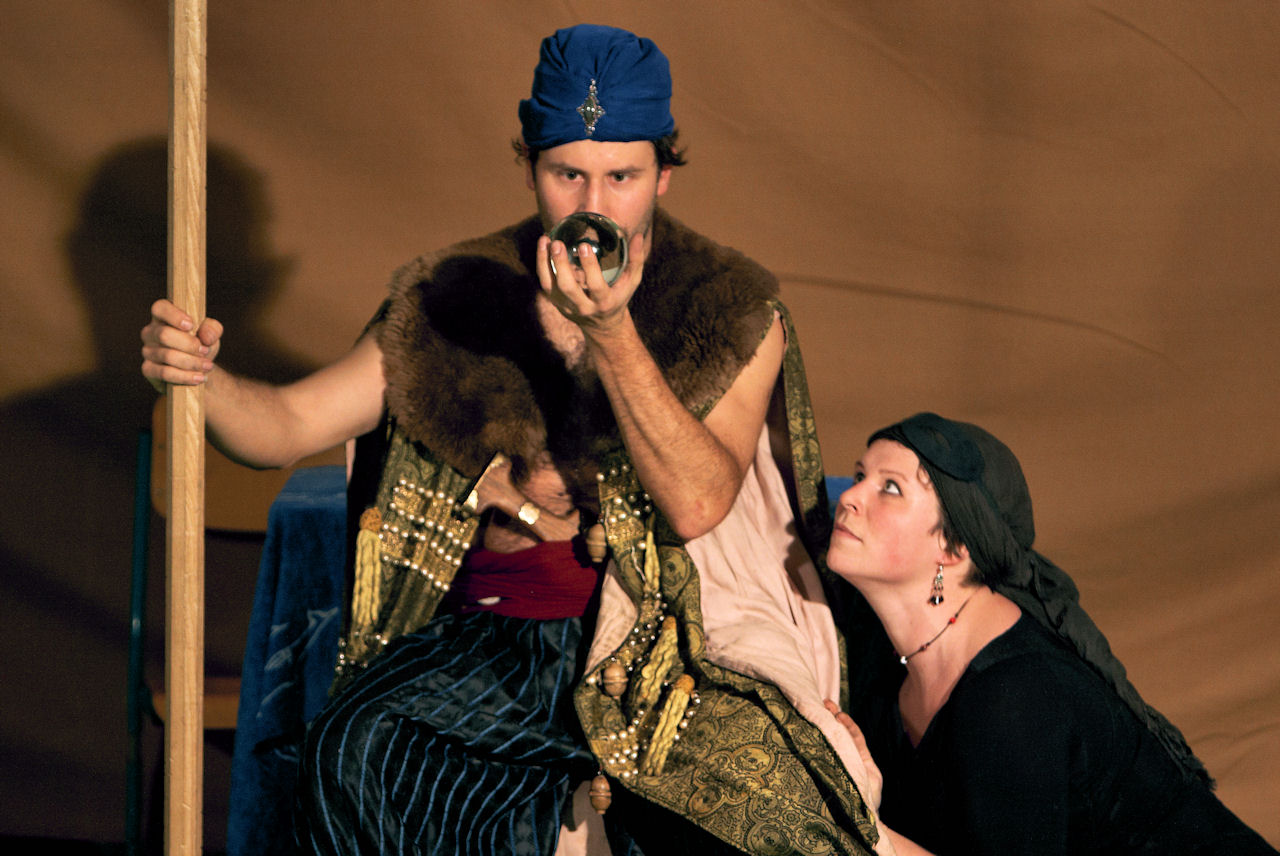 Perhaps I should start in a Howard-like spirit: “Between the time when the oceans drank Atlantis and the rise of the Sons of Aryes, there was an Age undreamed of. And onto this, Conan, destined to wear the jeweled crown of Aquilonia… blah, blah, blah.” But it’s not possible to begin that way, since the authors of Zamora’s butterfly were neither sane nor sober while creating the story.

1st MOSDRaK OO ORDURES UZP NPCh, SS (this is the abbreviation of the whole name of the theater group) depicted the story of Conan in a very specific way. To be closer to the time in which Howard wrote his books about Conan, none of the actors spoke a single word during the play and all the text was projected on a makeshift screen above the actors and the play also had a live musical accompaniment of a violin and a flute, as if it was one of silent movies which were so popular in Howard’s days. It should be noted that the area where the text was displayed was sometimes also used for displaying a location, such as the interiors of the palace from the game Prince of Persia (1990), which raised a wave of geniune nostalgia in many viewers.

I certainly would like to watch the entire game again. The acting and  mainly the fencing performances of some of the members were at the very least pleasantly surprising. The pleasant experience from the show was significantly enhandes by both the previously mentioned game Prince of Persia, as well as allusions to the Red Dwarf, Pirates of the Caribbean and the Schrödinger’s cat.

The only thing I could complain about is the bright green floor, the yellow paneling, no elevated stage, poor lighting and stale air …. however, none of these factors can be affected by the actors, so they can’t be blamed.

And perhaps most important thing is that even a camel came. After all, look for yourself. 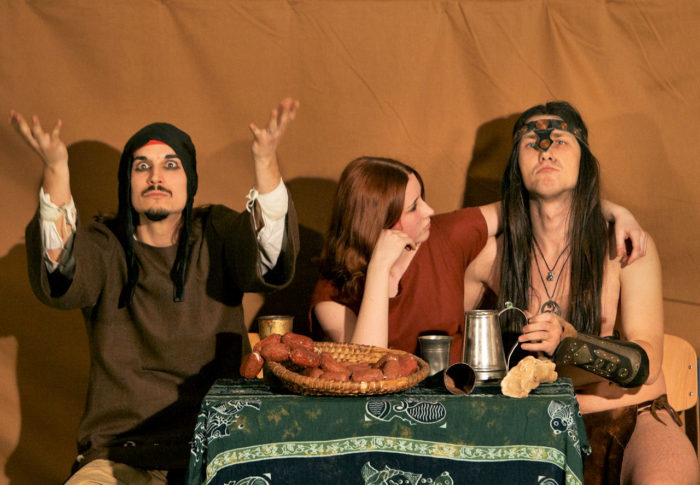 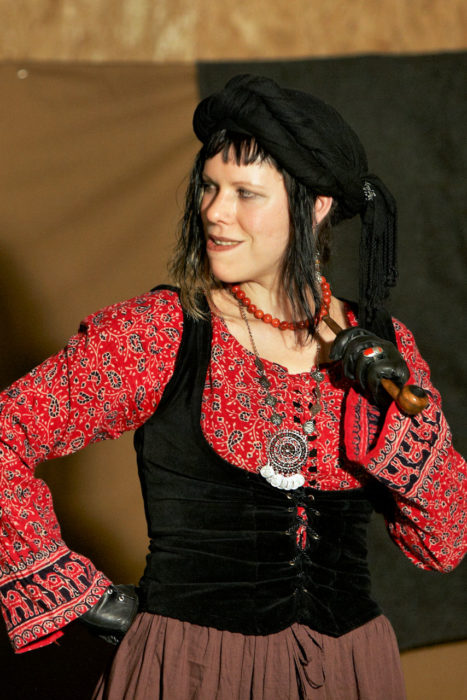 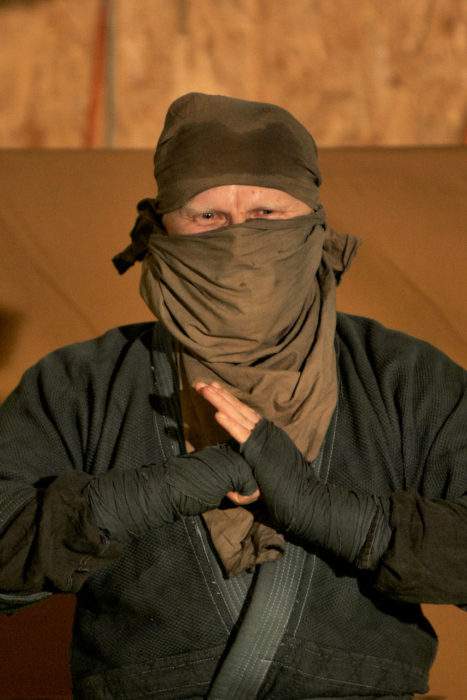 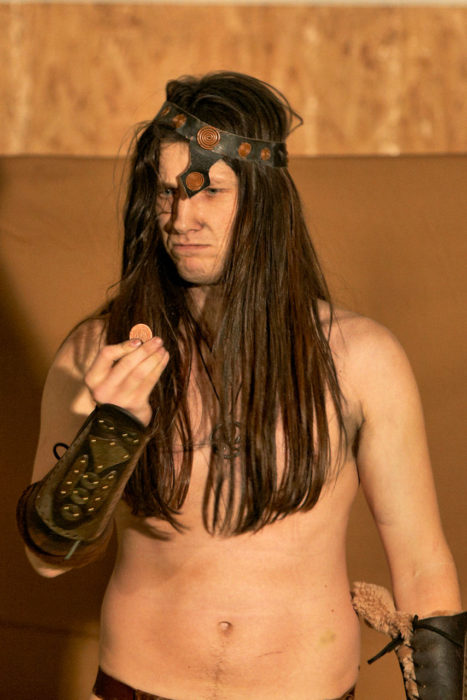 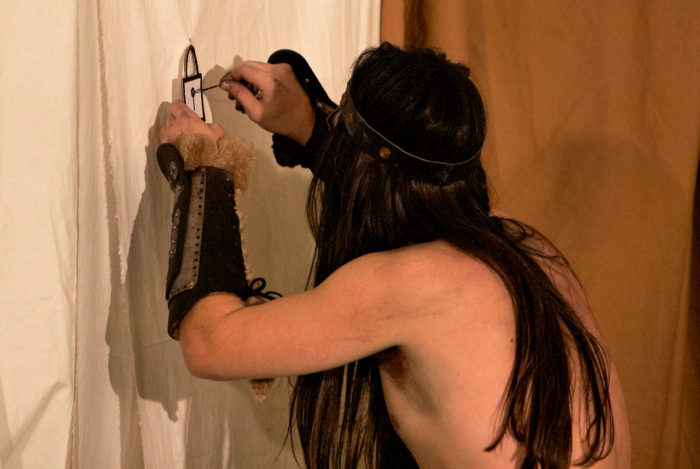 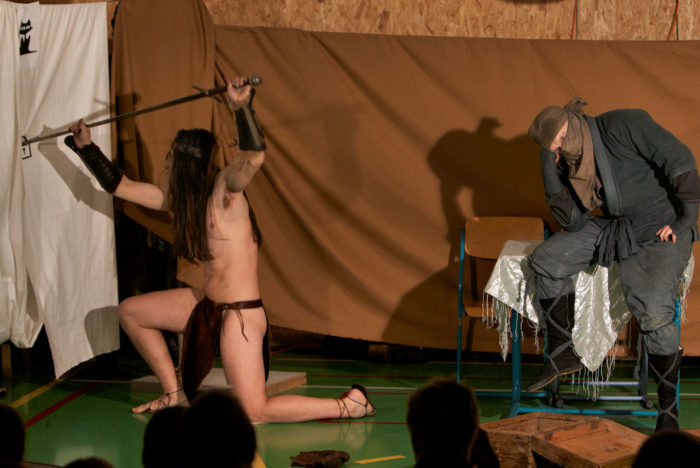 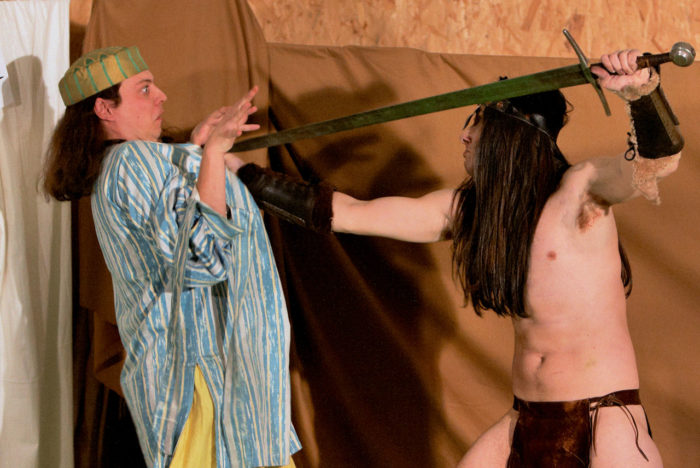 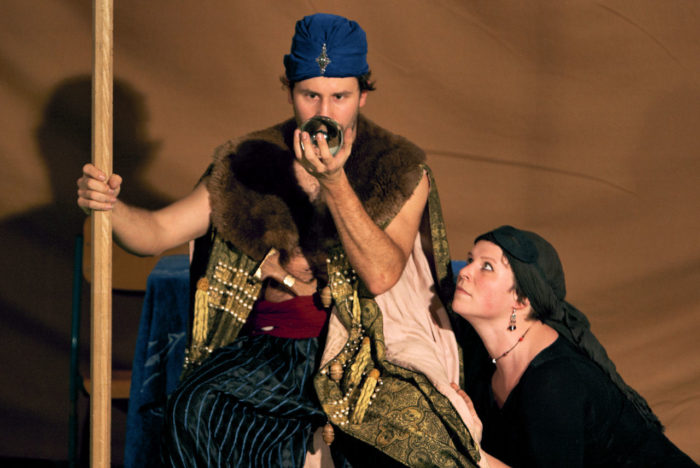 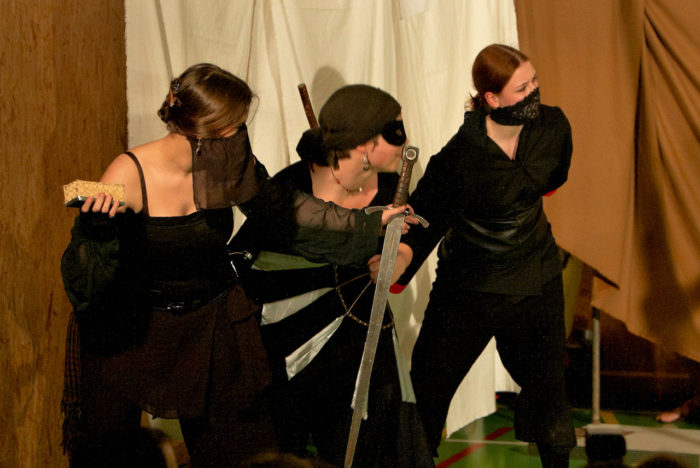 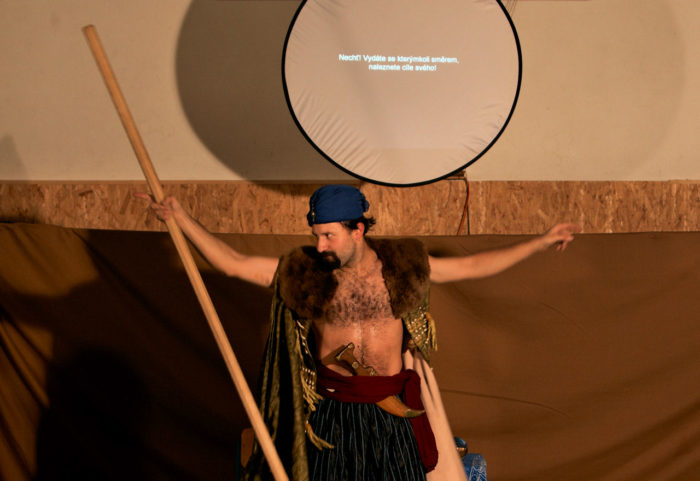 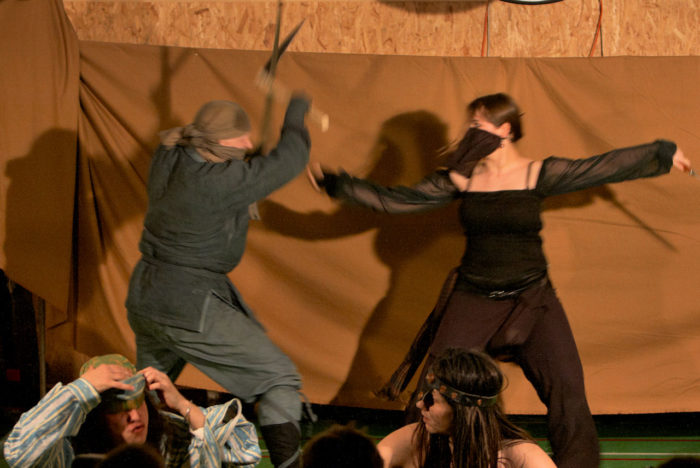 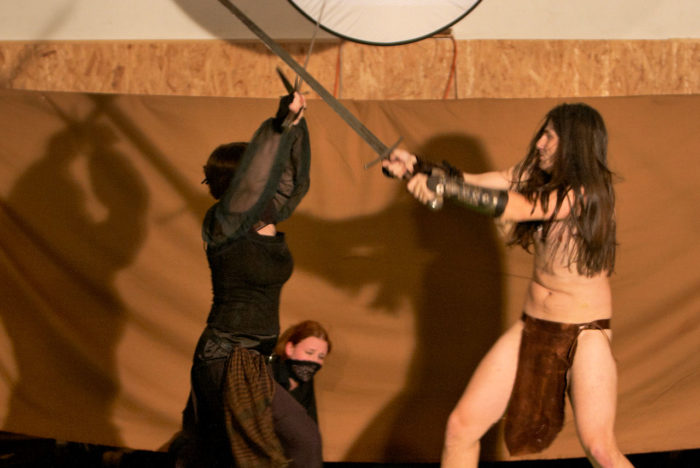 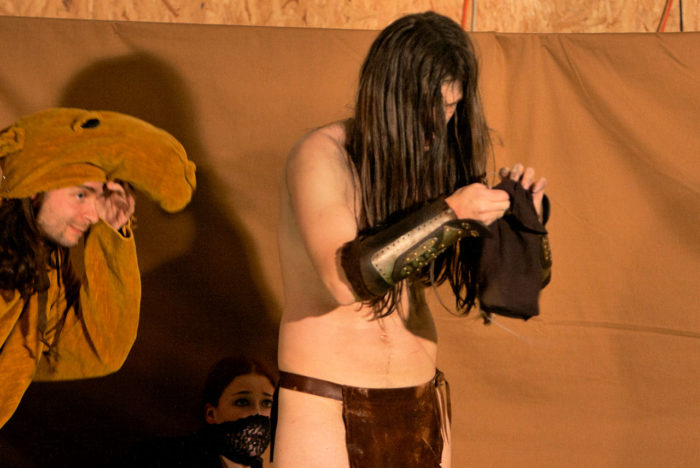 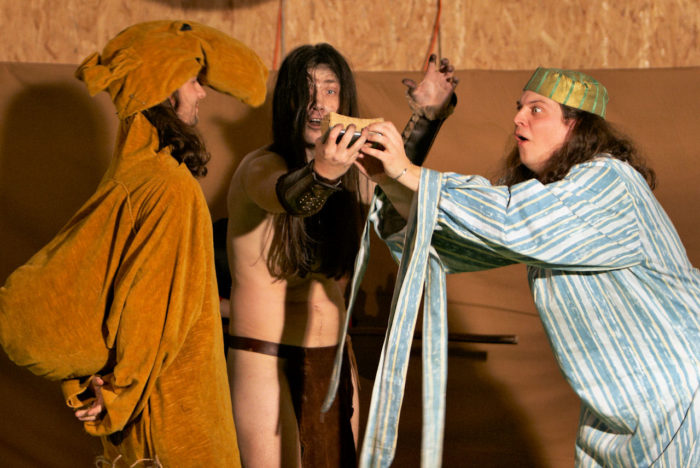 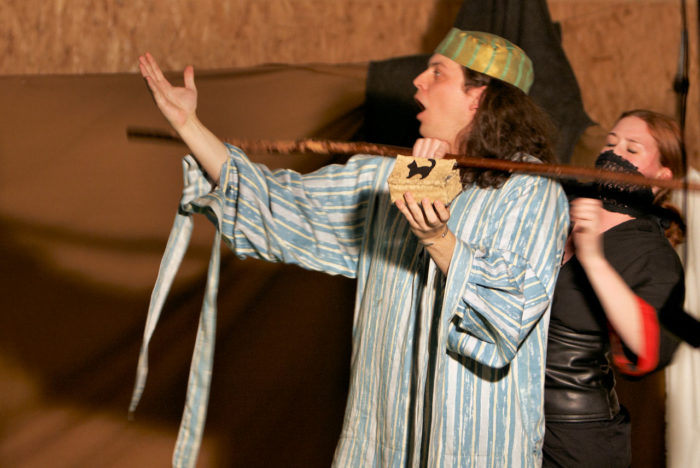 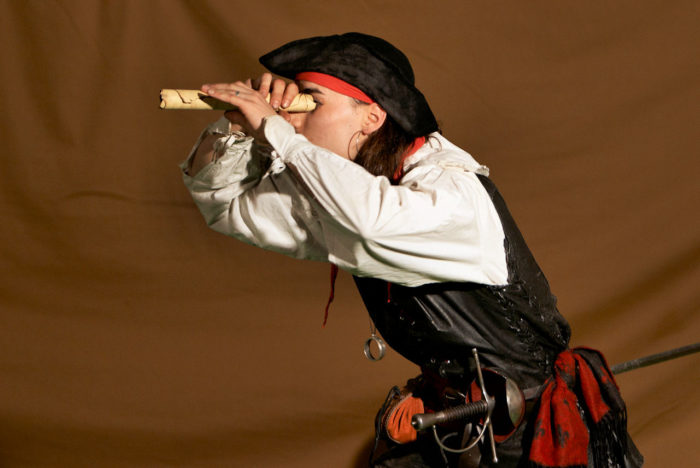 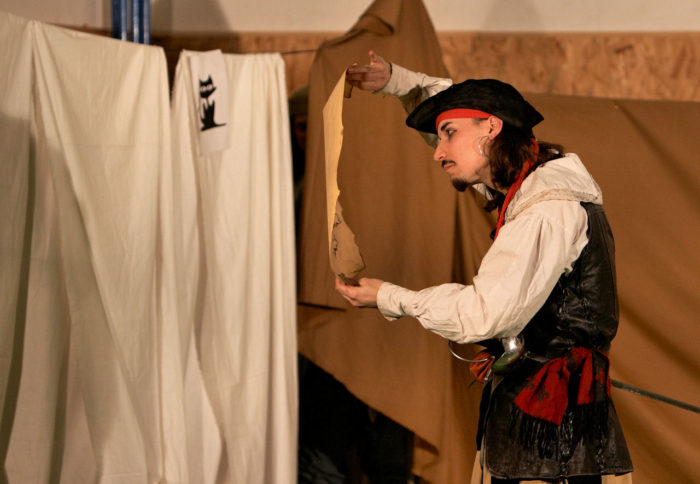 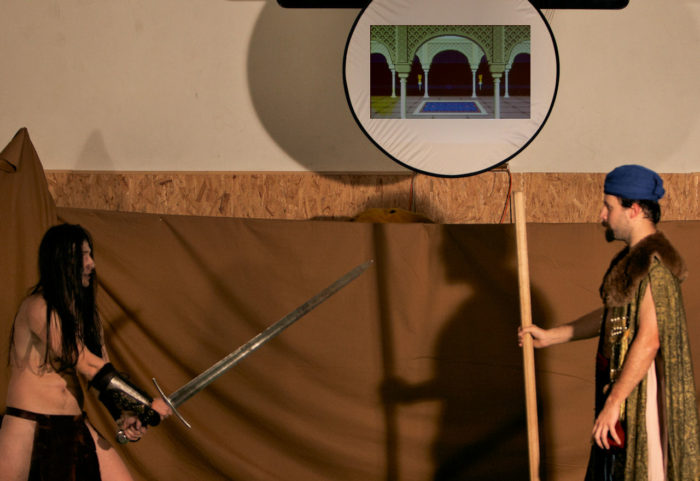 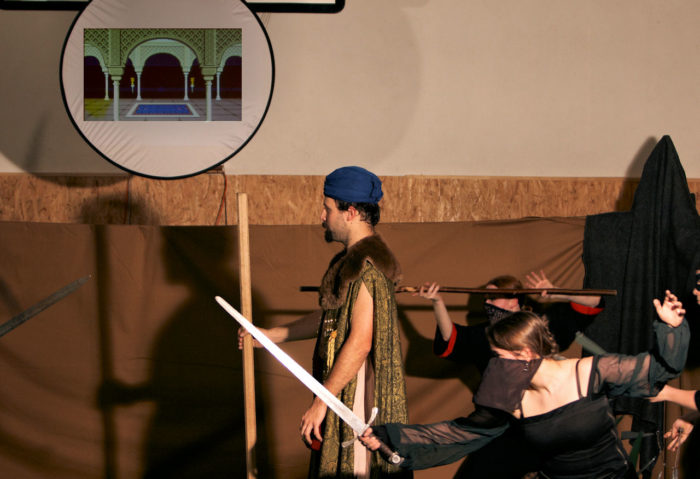 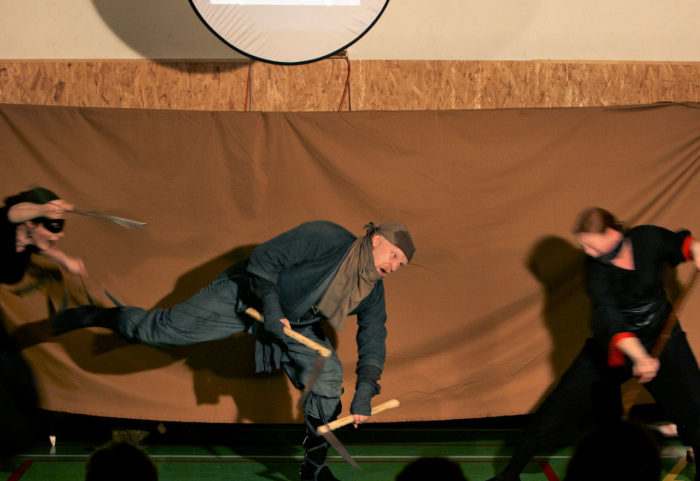 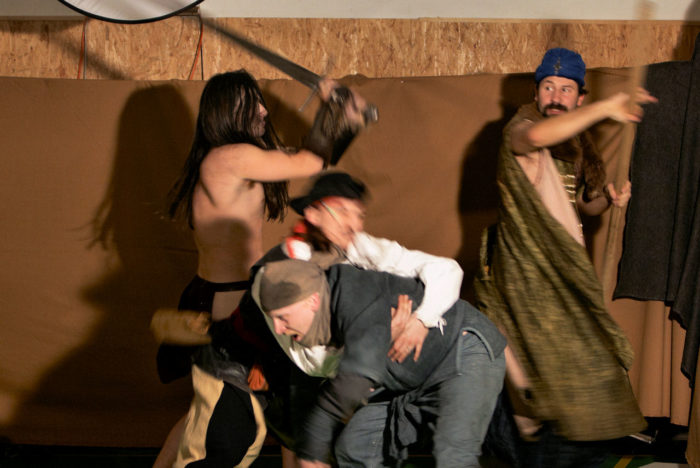 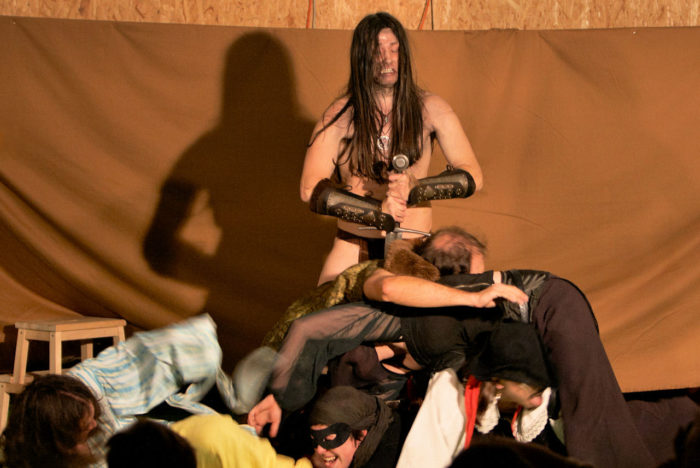 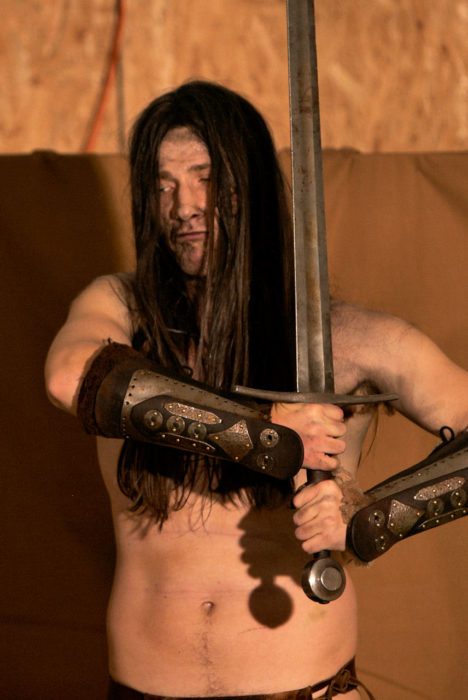 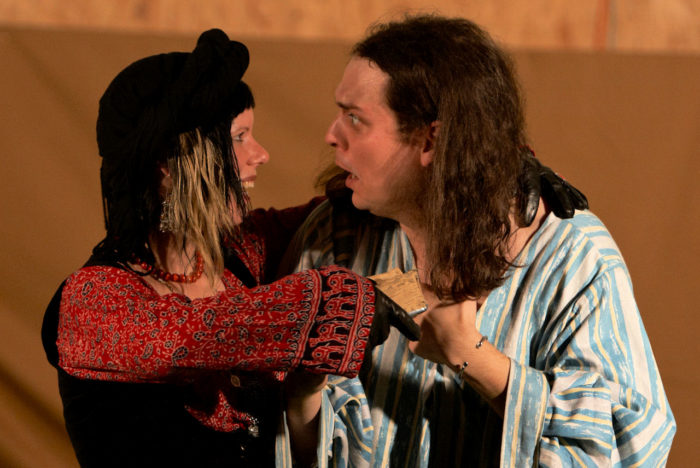 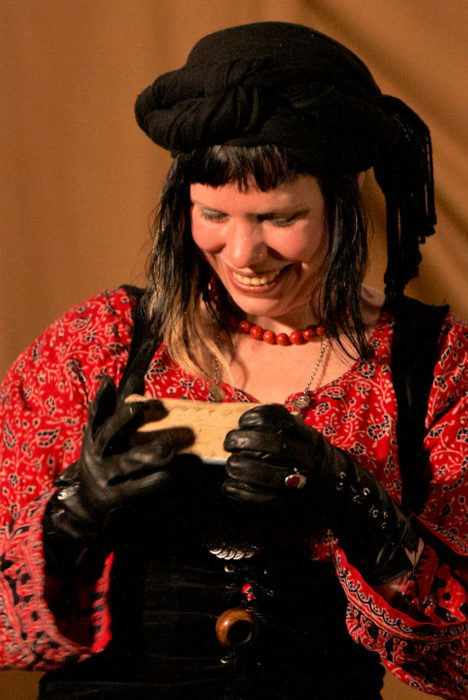 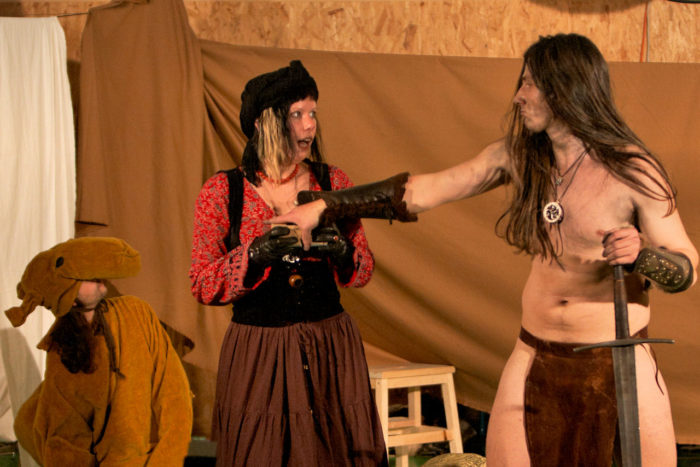 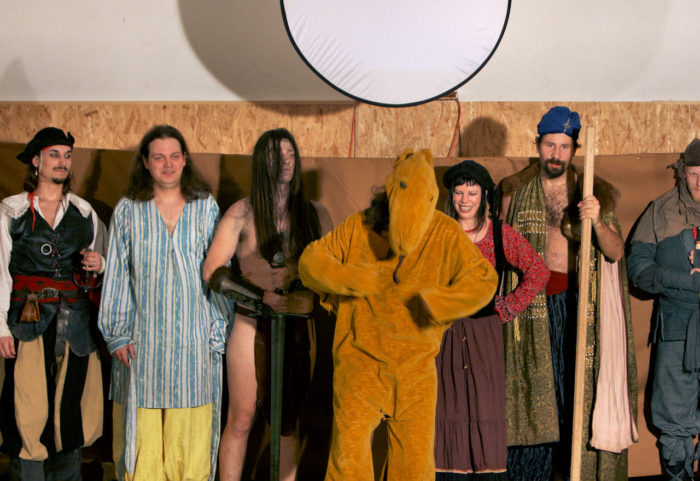 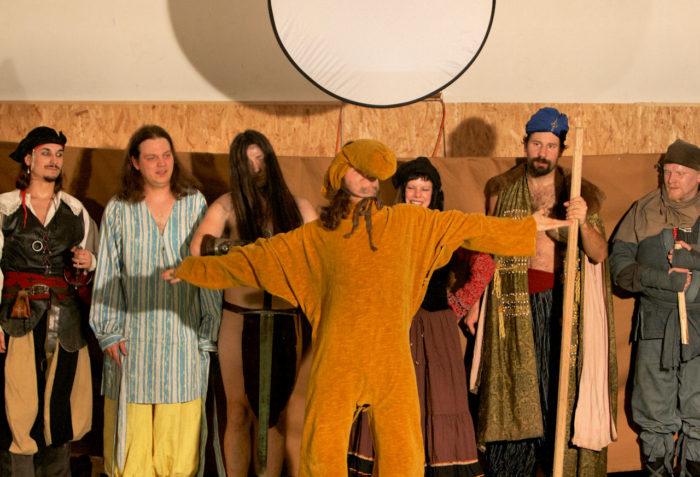