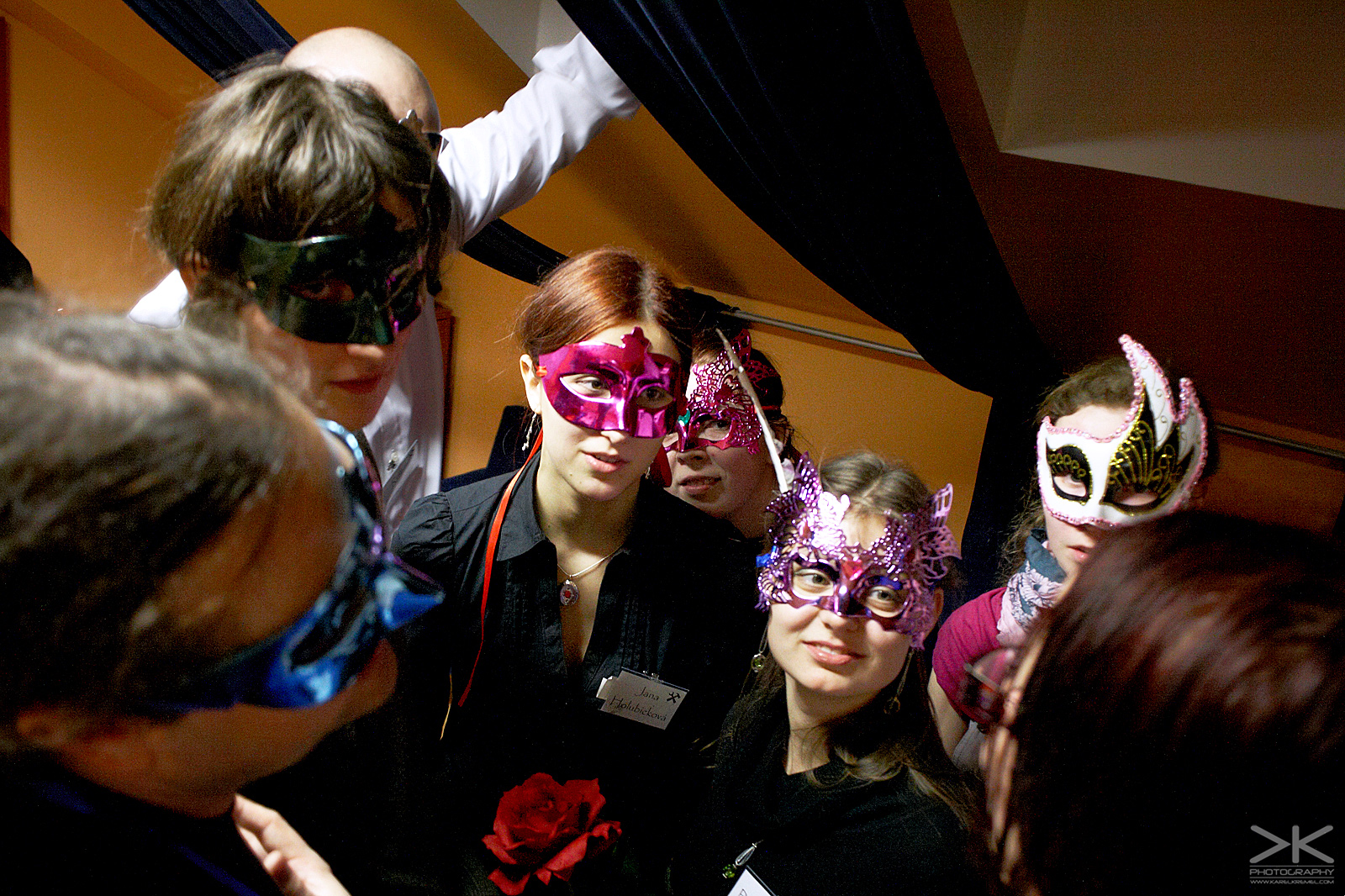 I wasn’t really sure whether I would be playing or shooting this time, because some players dropped off last minute, and even on my way to the place I wasn’t sure what the case will be. I wasn’t active when the characters were divided and that showed to be good thinking in the end, because there were enough players after all.

The larp Midsummer Night’s Dream was put on as a part of the HRAJ LARP festival. It had Shakespearean theme, characters and magic, but the outcome of who would be enchanted by the Fairies, what the effect on the Athenians and their egos would be and how about the Mechanicals, that was a matter of the players’ choice.

Apart from a lot of food, the players were also given masks symbolizing their physical appearance. If the fairies switched some players’ masks during the night, their characters woke up in different bodies and it was their task to cope with it.

The game took place in a theatre of the Prádelna community centre. The place is very nice and there was enough space for twenty players, but not much left for a photographer, because the characters were often huddled in small circles, discussing their problems, and I only saw their backs. And if someone went off for a private conversation, it took me a long time to get to them to steal a few shots through the relatively packed room. 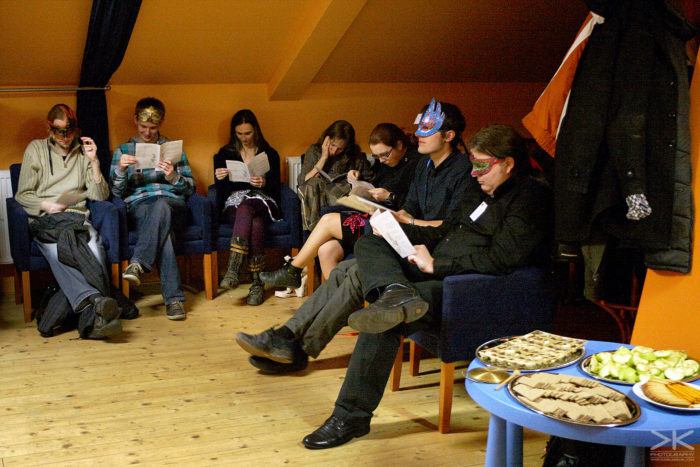 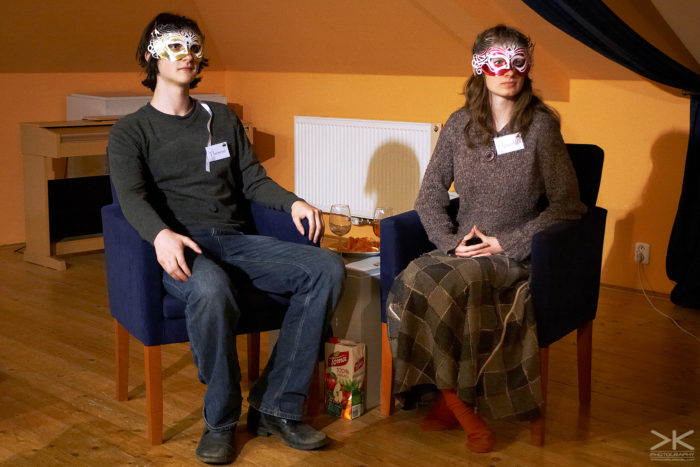 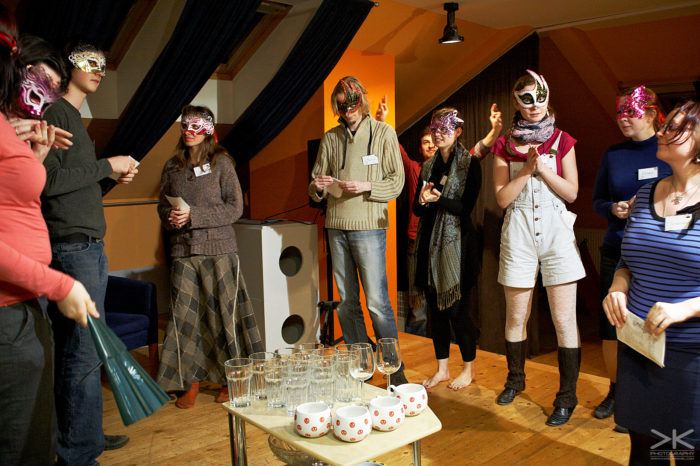 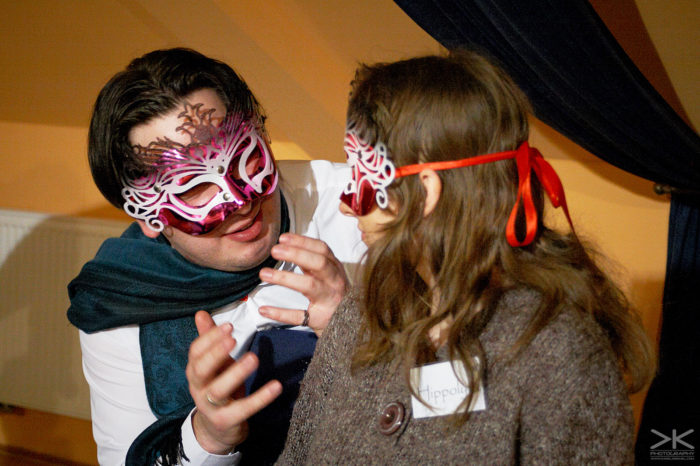 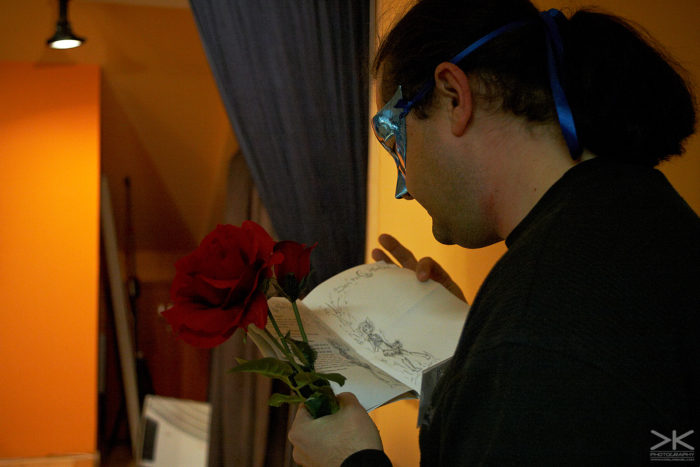 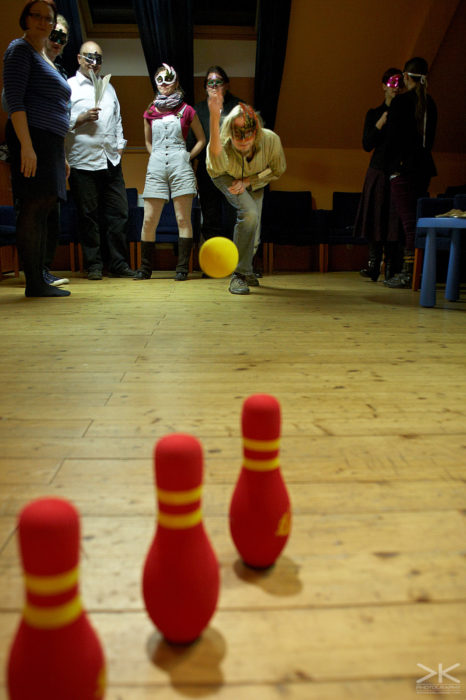 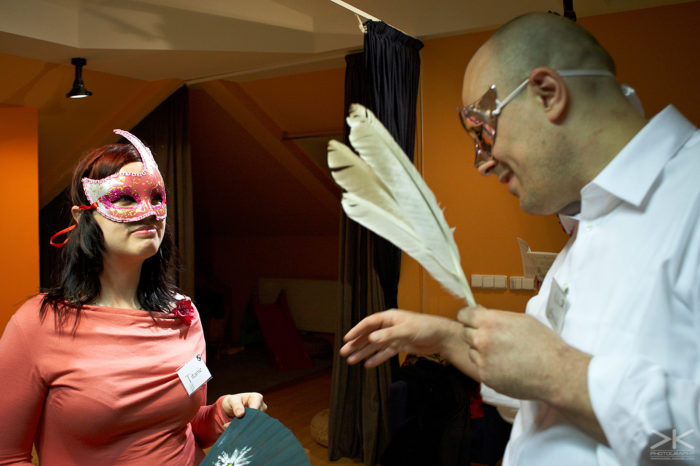 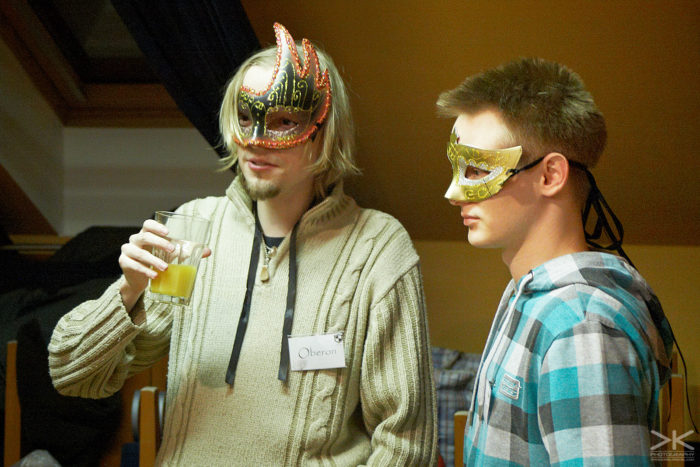 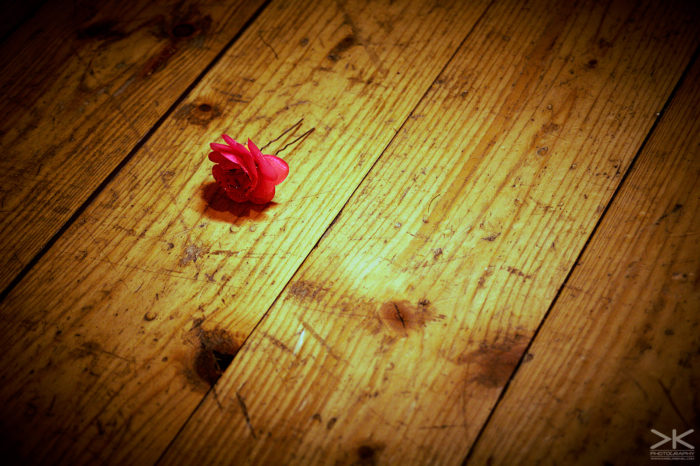 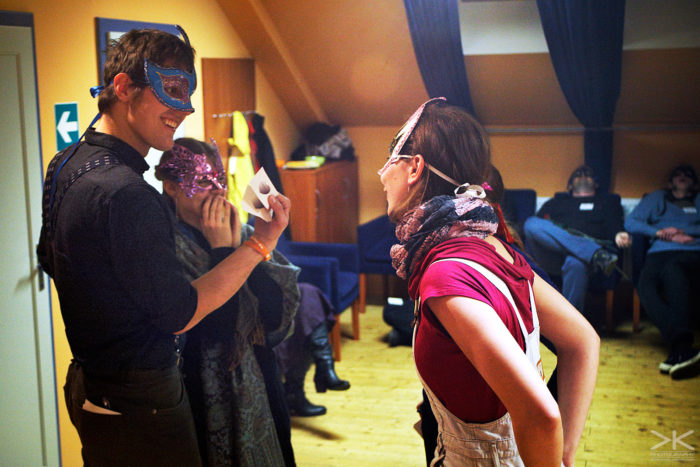 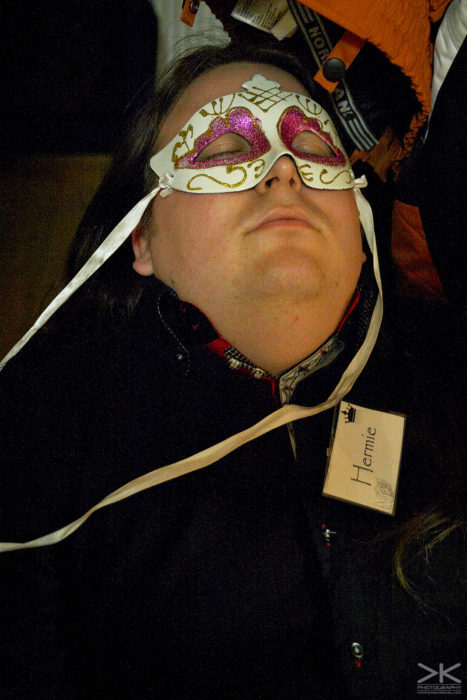 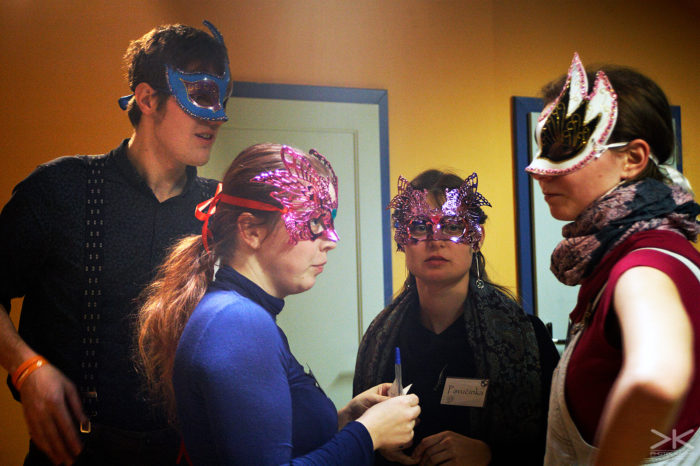 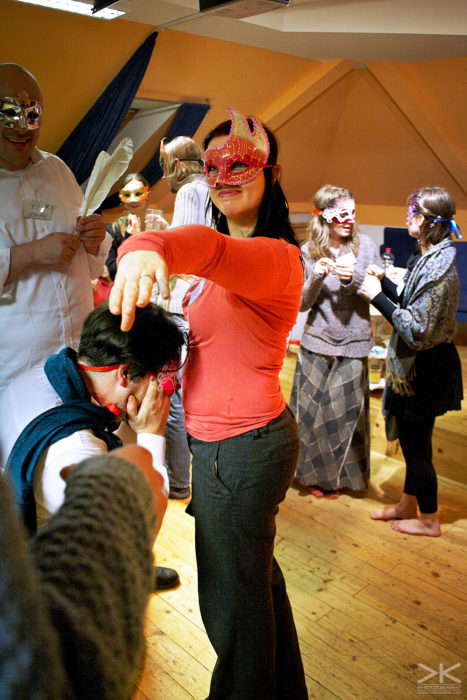 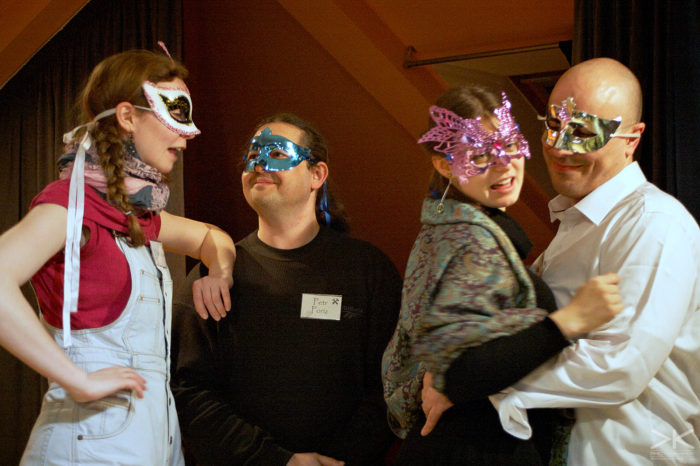 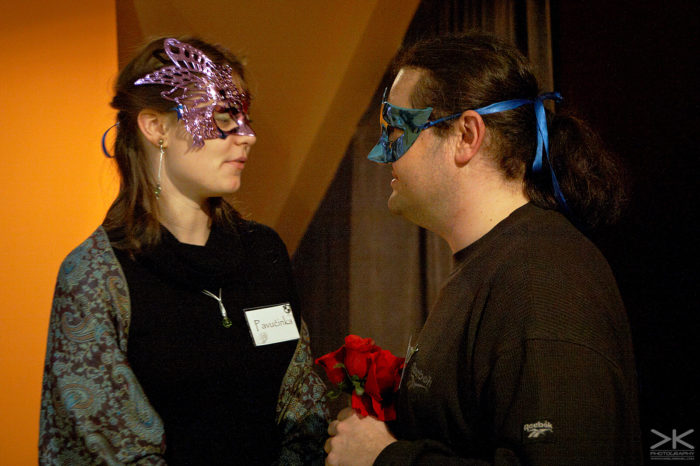 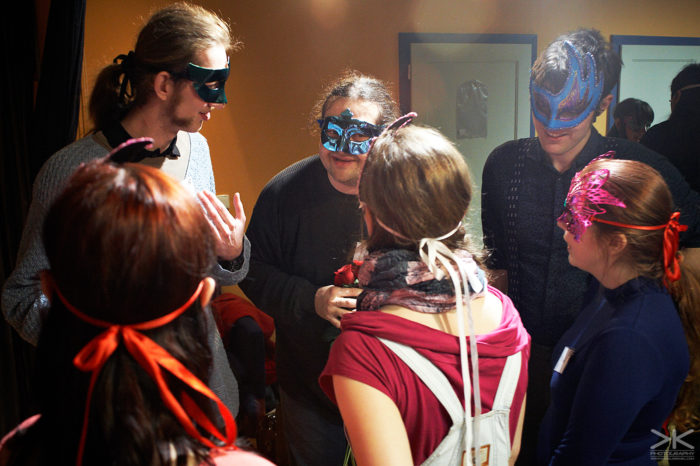 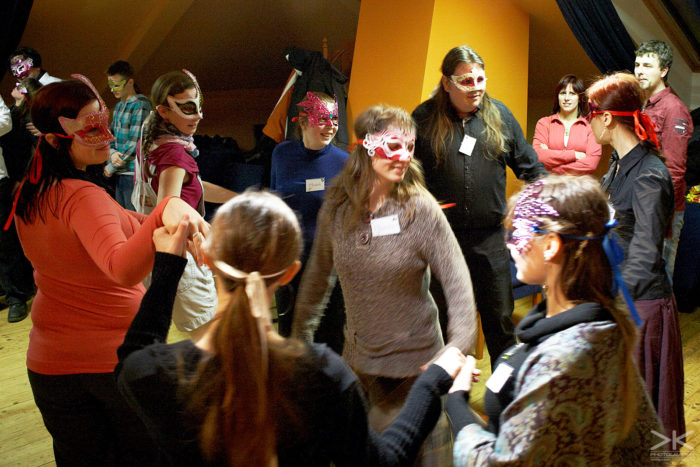 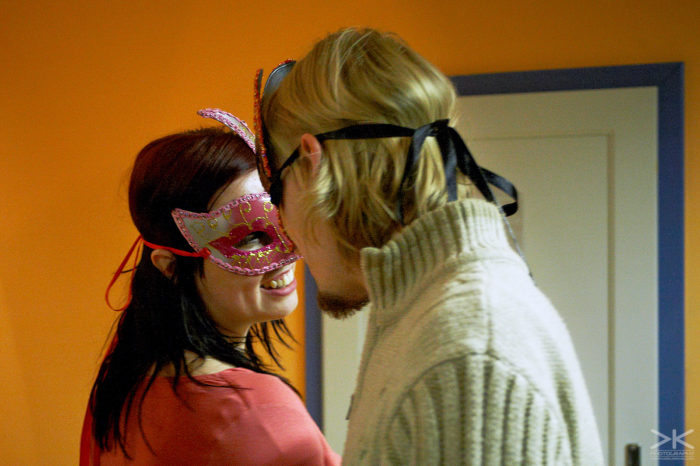 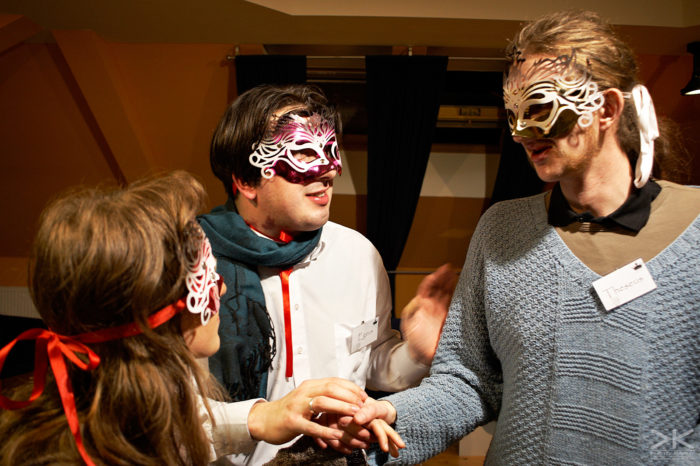 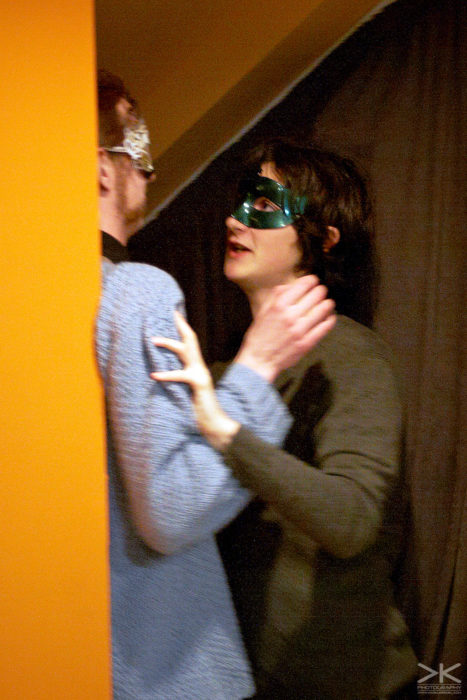 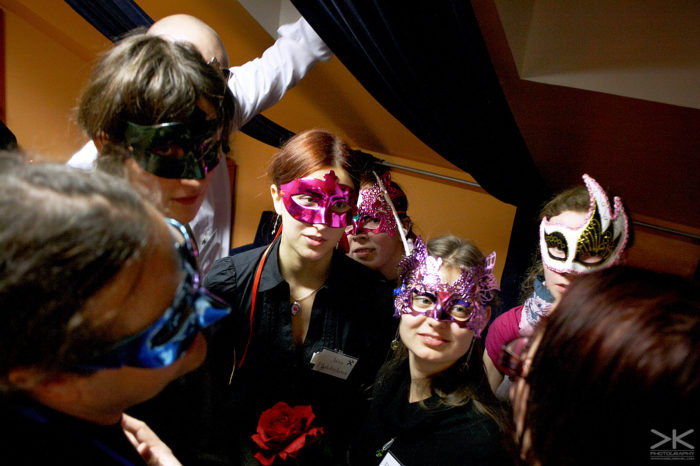 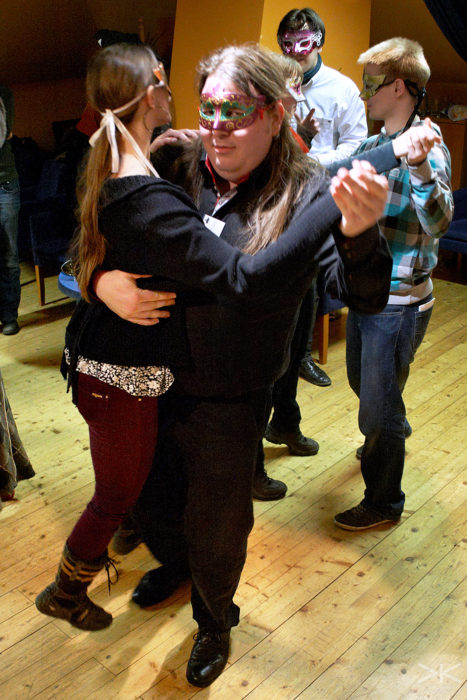 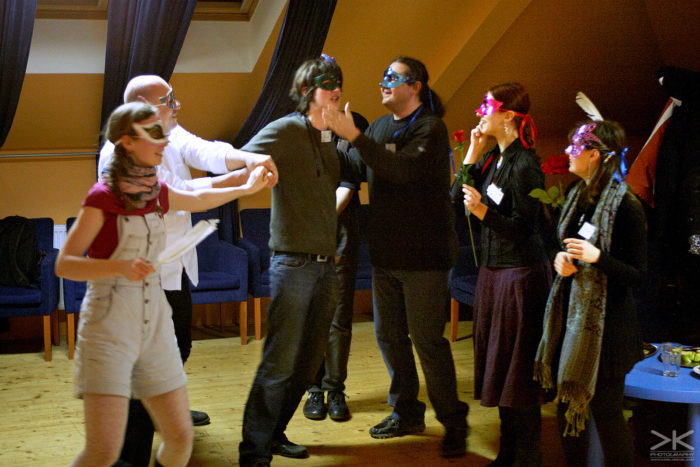 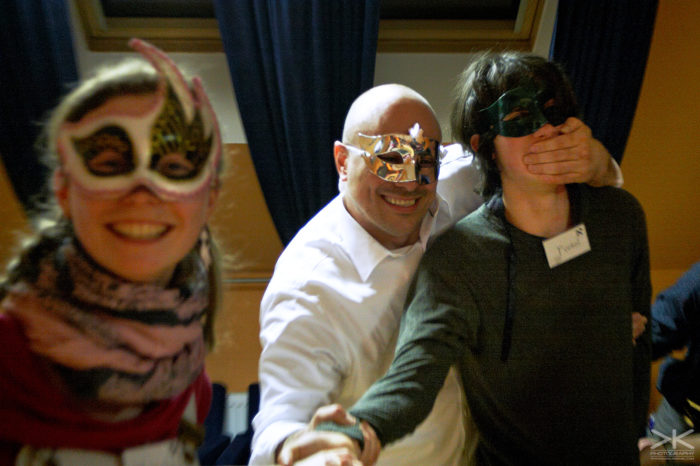 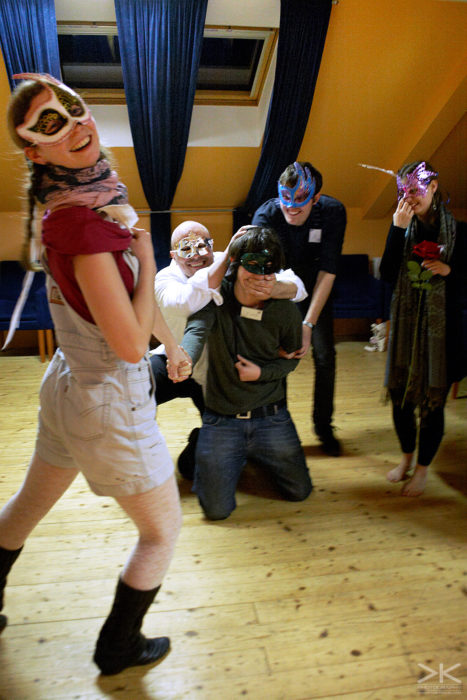 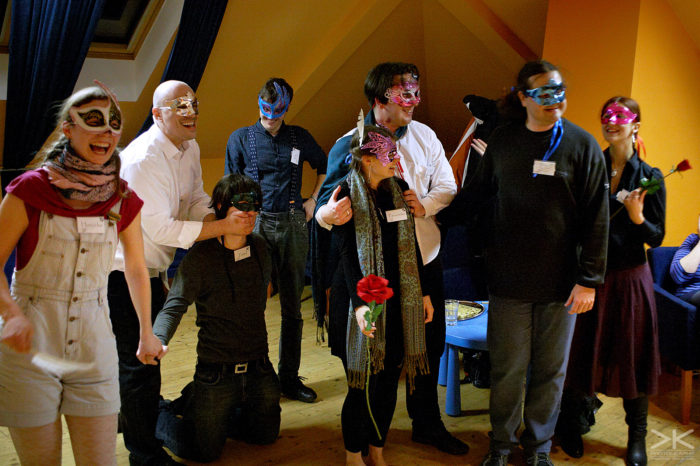